You wanna see something REALLY scary this Halloween? | Mickey Z. 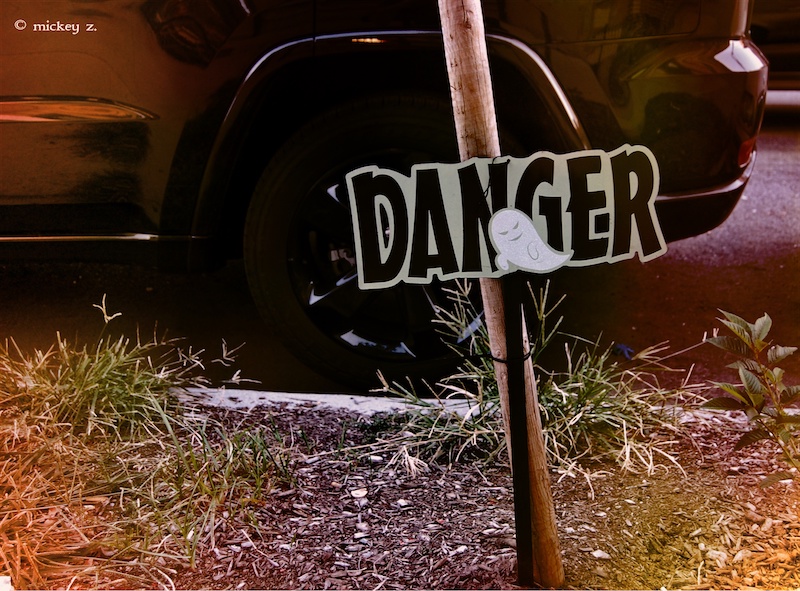 “The only thing we have to fear…”

- the dude who signed Executive Order 9066

Halloween is an odd holiday. The ostensible concept -- as it has evolved to become -- is to scare, startle, frighten, unnerve, shock, petrify, horrify, and/or alarm... all while consuming enough high fructose corn syrup to keep the American Dental Association content for another century or two.

Step away from the candy corn…

Every year, as October 31 nears, loyal consumers squander a small fortune to adorn their soon-to-be-foreclosed-upon abodes with Made-in-China images of tombstones, skulls, ghouls, goblins, monsters, zombies, and even the occasional bloody severed limb or two. But let's face it, none of these cardboard depictions (or the pop culture references they’re based on) remotely compare to the real-life horrors most of us accept as normal or at least “unavoidable.”

Why bother with Saw when legions of Y-chromosomed ghouls unleash far worse cruelty -- every minute of every day -- via male pattern violence?

No zombie is more frightening than the men currently working out a deal with a cab driver to pick up a young woman and, instead of taking her to the destination she requests, deliver her to human traffickers who will condemn her to life as a slave within the massive, worldwide rape-for-profit industries of prostitution and pornography.

Bats, pumpkins, and skeletons vs. pornographers, pimps, and pedophiles? No contest.

Elm Street's Freddie ain't got nothing on a male predator out there who’s in the act of grooming a pregnant woman so he can eventually have easy access to sexually abuse her newborn infant.

Frankenstein, Dracula, and the Wolfman? Really? That’s your idea of scary when there are men actively seeking out a male bartender to bribe into putting date rape drugs in a woman’s drink at a party. And, at a frat house, the male students have put a public protocol in place for raping their drunk female classmates. What about the dude riding the mall escalator, casually taking “up-skirt” videos? Another bro is using Tinder to arrange a hook-up so he can secretly videotape a woman afterwards, as she walks to the bathroom and gets dressed. A third creep is putting on a dress and wig to access a women’s bathroom and film women and girls using the toilet. All of these videos will be immediately uploaded to easily accessible Tumblr pages after which, they’ll be re-blogged and watched tens of thousands of times over the next few years -- but you’re putting on a sheet and yelling “boo”?

Halloween is also a time to ramp up the demonizing of witches but if you want something that will really make your knees shake and your teeth chatter, try reading about witch hunts that actually happened and those that are still taking place.

Here's one more 24/7 real-life nightmare far more dreadful than anything the Halloween-Industrial Complex can conjure up: When all those kids come knocking on your door, expecting brightly colored toxins called “candy,” you might wish to remind yourself of the guy paying off a “coyote” to bring him a young girl who has illegally crossed into the United States so he can sell her to other males who regularly make live, interactive, pay-per-view snuff films on the Deep Web.

Patriarchy. It’s a whole lot more terrifying than the whir of a fictional chainsaw echoing down a fictional Texas highway. This Halloween, how about we confront what’s truly scary by naming the problem?

Mickey Z. is currently writing two books, a memoir called How to Lose Friends & Influence Nobody: My Life as an “Activist,” and a novel entitled stain red. In the meantime, he can be found here.

You wanna see something REALLY scary this Halloween? by Mickey Z. is licensed under a Creative Commons Attribution-ShareAlike 4.0 International License.
Based on a work at http://worldnewstrust.com/you-wanna-see-something-really-scary-this-halloween-mickey-z.
back to top