Why The Working Class Is Turning To Fascism | umair haque 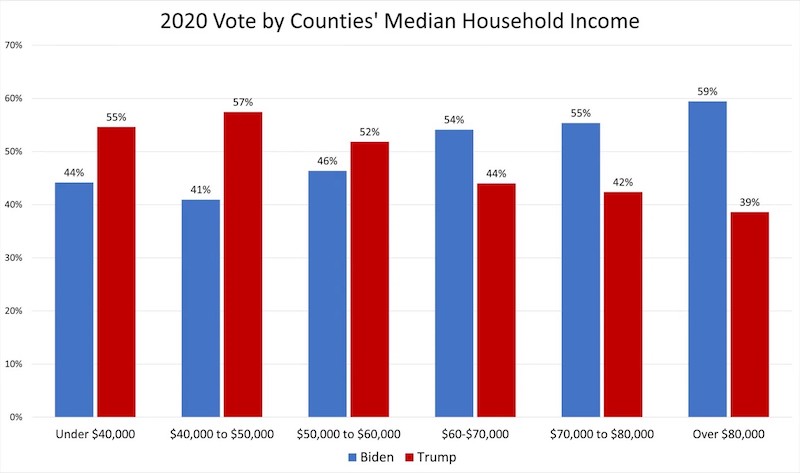 The Working Class is Choosing Regress Over Progress, Around the World

May 16, 2021 (Eudaimonia and Co) -- The world has a very big problem, and it goes like this: its working classes are increasingly turning to fascism as a way out of the trap of modernity. Let me explain what I mean -- for those of you that haven’t quite connected the dots yet, though I suspect many of you have.

Take a hard look around. What do you see? Britain. America. India. The Phillippines. From corner to corner of the globe, working classes are in the midst of an historic Great Reversal. They used to be a reliable power base -- political, cultural, social -- for the left, or at least the center. But increasingly, they vote right. Harder and harder right.

Let’s take the example of Britain and America. In Britain, the Labour Party -- it’s centre left political side -- relied on a “red wall” of working class voters. That “red wall” has been totally, utterly demolished. Working class Brits these days are far, far more likely to vote conservative than they are for Labour.

But not even just conservative, in any ordinary sense. Ultra conservative. Gone are the days of Thatcher’s methodical, pragmatic cost-cutting -- which, disagree with it if you like, wasn’t completely malicious, ideological, corrupt, and fanatical, to the bone -- which the working class largely opposed.

Modern-day Britain, though, couldn’t be more different. It’s seen a vicious cycle of conservative leaders, each astonishingly worse than the last. The cycle began with David Cameron’s slicked-back greed, a paean to the 80s, austerity redux. But that was followed by Theresa May’s robotic Brexitism, moored in xenophobia, bigotry, rage, resentment, disinformation, lies, and outright stupidity. And that, in turn, has given way to the breathtaking corruption, sleaze, incompetence, and venality of Boris Johnson’s government. Consider the fact that his health secretary gave a multi-million pound Covid supplies contract to… the guy that ran his pub.