What Keith Haring taught us about life, loss, and death — Mickey Z. 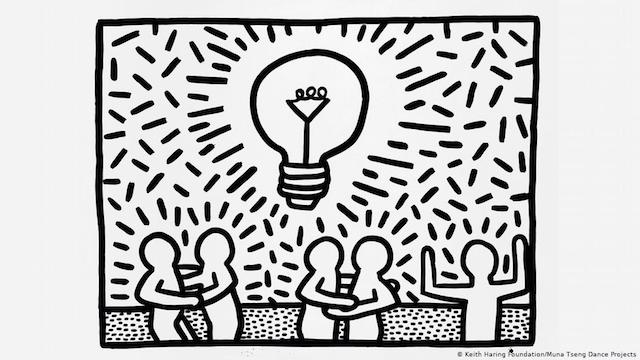 Recently, when I asked my Facebook friends for article suggestions, two requests were “life, death, and aging” and “the illusion of control.” I let those weighty concepts sit for a while but they unexpectedly came back to me as I watched a documentary about the late Keith Haring. At one point, the infamous street artist said “I’ve believed that you live life as fully and as completely as you can and you deal with the future as it comes to you.” It was time to write something. 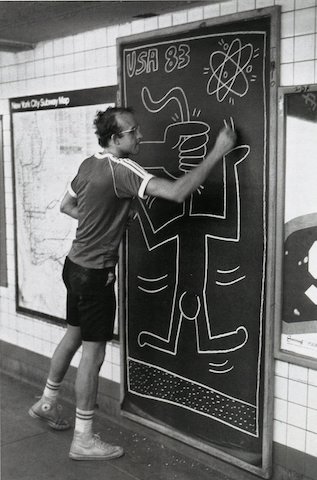 I’ve also spent some time at the legendary Pop Shop at 292 Lafayette Street in Soho. Haring opened the shop in 1986 and it survived until 2005. The Pop Shop included a section where visitors could leave a message, drawing, etc. I think I wrote “All roads lead to nowhere, but they are always filled” (and signed my name, of course). Here is photographic proof of the act: 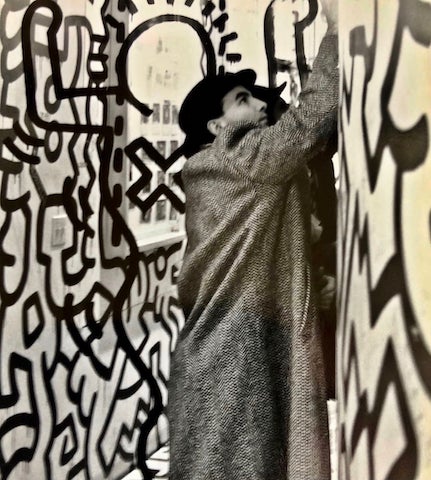 Anyway, the excellent documentary reminded me about Haring’s incredible “seize the day” lifestyle. He studied art and art history, never missed a party, played the field voraciously, gave back to others (especially kids), kept his style evolving, and he created. He really created. It’s estimated that Haring created 10,000 individual pieces of art in about 10 years. Perhaps even more remarkable was how the artist responded when he was diagnosed with HIV/AIDS in 1987.

Rather than slowing down, Haring ramped up his efforts — especially after the deaths of two close friends, Andy Warhol and Jean-Michel Basquiat. He began traversing the globe to spread awareness about art, AIDS, and creative passion. Here’s a sampling of his global work from just the first half of 1989 alone:

Not that long ago, I photographed the Once Upon a Time… mural: 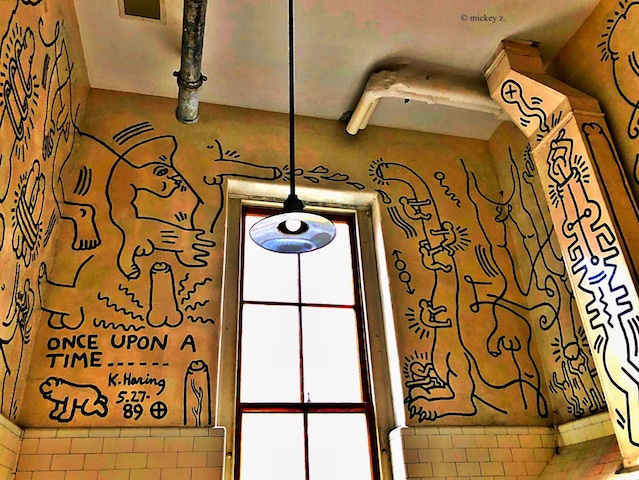 "My life is my art, it's intertwined,” Haring said shortly before his death. “When AIDS became a reality in terms of my life, it started becoming a subject in my paintings. The more it affected my life, the more it affected my work.” By early 1990, his kidneys began to fail and his prodigious output finally ground to a halt. But there was one more magical, inspirational moment to be played out: His small-town, conservative parents laid in his bed with him — one on each side — and there, they held their dying son throughout the last hours of his life. At just 31 years of age, Keith Haring left this plane secure in his parents’ love… and in his own legacy. 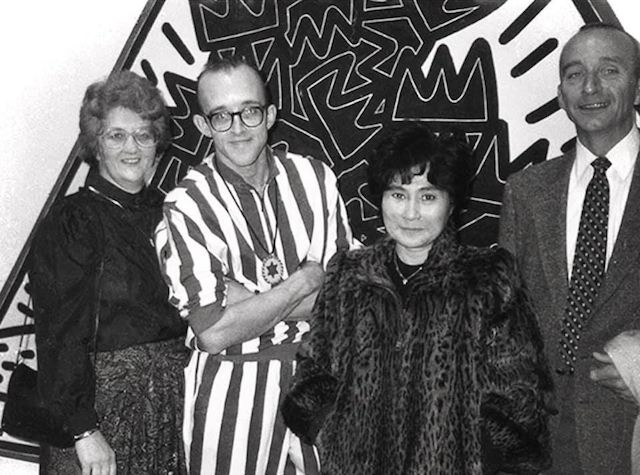 Keith Haring with his parents (and Yoko Ono)

There is so much to be gleaned from just the short biographical sketch above. Haring encouraged us to connect with our grief, pain, and loss. That’s how and where our compassion and our creativity arise. His parents taught us lessons in love, acceptance, and support. But, let’s return to the artist’s words I quoted earlier: “I’ve believed that you live life as fully and as completely as you can and you deal with the future as it comes to you.”

We’ve just spent more than a year hiding in fear — postponing almost all activities and dreams and desires in a futile (and mostly irrational) quest for “safety.” For the vast majority of humans, we have not been living life fully and completely. We didn’t deal with the future as it came to us. Instead, we arrogantly clung to the illusion of control — control over what is patently uncontrollable. I don’t know about you but I intend to take Keith Haring’s advice by making up for lost time. Who’s with me?