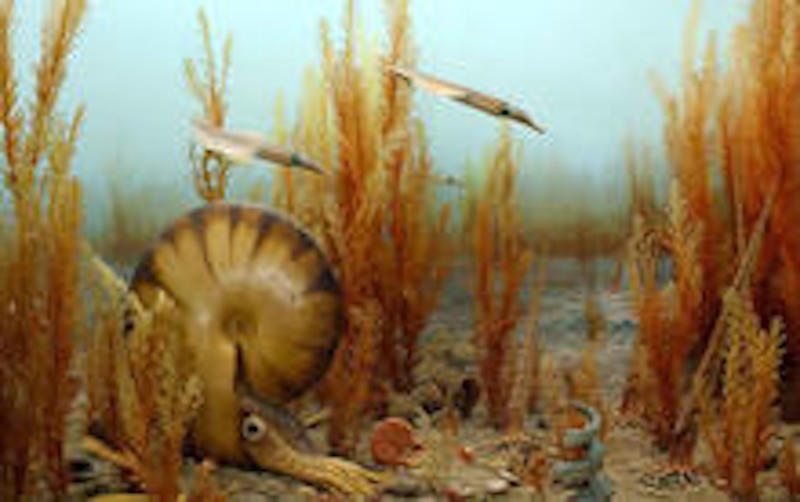 Image from the American Museum of Natural History

Scientists have argued for decades over what may have caused this mass extinction, during what is called the "Ediacaran-Cambrian transition." Some think that a steep decline in dissolved oxygen in the ocean was responsible. Others hypothesize that these early animals were progressively replaced by newly evolved animals.

The precise cause has remained elusive, in part because so little is known about the chemistry of Earth's oceans that long ago.

A research team, led by scientists from Arizona State University and funded by NASA and the National Science Foundation, is helping to unravel this mystery and understand why this extinction event happened, what it can tell us about our origins, and how the world as we know it came to be.

The study, published in Science Advances, was led by ASU School of Earth and Space Exploration graduate student Feifei Zhang, under the direction of faculty member Ariel Anbar and staff scientist Stephen Romaniello.