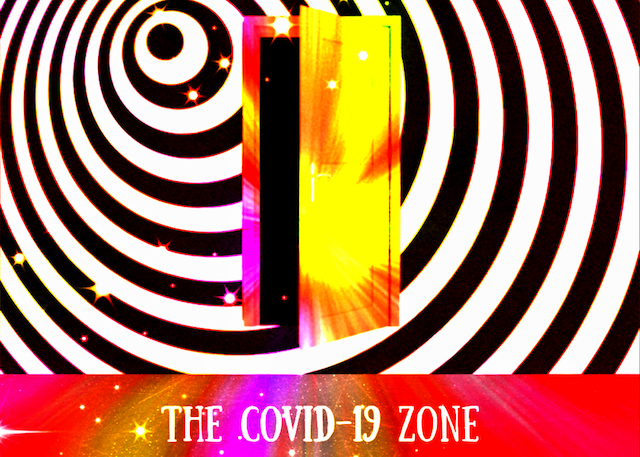 (The views expressed in this article are those of the author and do not necessarily reflect those of World News Trust.)

When sex offenders can move more freely around New York City than someone who has chosen natural immunity, it’s time to get some things off my chest. And who better to talk with than the person I trust the most? To follow… is a self-interview.

Mickey Z.: How’s it going with the mandate?

Mickey Z.: Coercion is not consent, my friend. And if my hometown is so concerned about our collective health, why don’t they mandate a safe, affordable home for everyone? How about meaningful jobs that pay a living wage? Mandate less crime and more libraries.

MZ: If they wanna control what goes into our bodies, why not insist that organic produce be made available at affordable prices and be consumed every single day?

MZ: I see what you mean.

MZ: Mandate that all lawns be turned into organic vegetable gardens. Did you know that lawn is the single most irrigated crop in God’s Country™?

MZ: You’ve made your point.

MZ: Mandate people not commenting on social media until they’ve done some fuckin’ research. The next person who repeats the “ivermectin is horse dewormer” nonsense trope is the one who needs to be isolated from society.

MZ: Wait… you’re not gonna defend ivermectin, are you?

MZ: I’m not defending anything except adding facts to the conversation. Equine ivermectin — as the name implies — is made for horses. The FDA approved another kind of ivermectin for humans. It’s meant to treat infections in the body that are caused by certain parasites and was awarded a Nobel Prize in Medicine in 2015.

MZ: You might wanna pose that question to the National Institutes for Health (NIH). They endorsed several studies showing ivermectin can be effective for treating Covid. For example, the American Journal of Therapeutics published a study that found: “Meta-analyses based on 18 randomized controlled treatment trials of #ivermectin in COVID-19 have found large, statistically significant reductions in mortality, time to clinical recovery, and time to viral clearance. Furthermore, results from numerous controlled prophylaxis trials report significantly reduced risks of contracting COVID-19 with the regular use of ivermectin. Finally, the many examples of ivermectin distribution campaigns leading to rapid population-wide decreases in morbidity and mortality indicate that an oral agent effective in all phases of COVID-19 has been identified.”

If you’re interested in more reality, click here and here and here. Read those links closely and then congratulate yourself for knowing more about ivermectin than any corporate media outlet or reporter — from Fox to CNN.

MZ: If ivermectin works, why is it being badmouthed by the mainstream?

MZ: Possibly because, according to the FDA, the only way the Covid “vaccines” could qualify for emergency use authorization is if “certain statutory criteria have been met.” For example: “no adequate, approved, and available alternatives.” If doctors prescribe ivermectin, the jabs aren't needed and thus don’t rake in billions for Big Pharma (and set the stage for endless boosters). Follow the money. 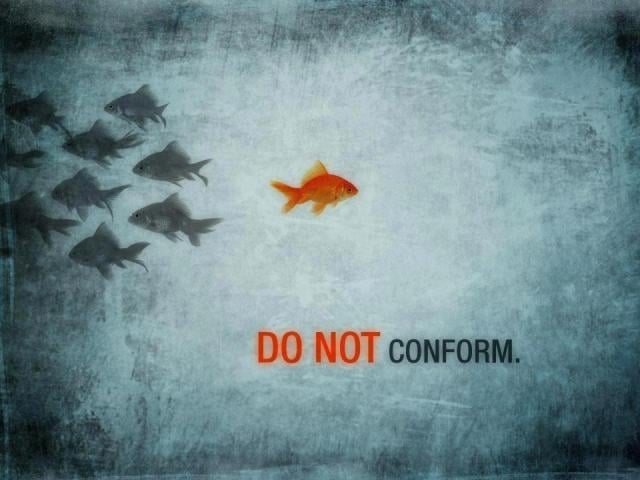 MZ: Is this why you’re calling this the“Covid Twilight Zone”?

MZ: It’s one of many reasons. The biggest might be the charade of PCR tests.

MZ: The polymerase chain reaction (PCR) test works by converting the virus’s RNA into DNA (coronaviruses don’t have DNA). The PCR process makes millions of copies of the manufactured DNA by running it through “cycles” in a process called amplification. The more cycles run, the more the DNA can be copied. If no copies can be made, theoretically, no virus is present. The test provides a yes-no answer rather than any indication of how much virus was found, how old the virus is, or whether or not the virus is even capable of infectivity.

The test is so flawed that in Tanzania, it returned positive results for a goat and a piece of fruit!

According to the University of Oxford's Centre for Evidence-Based Medicine, the PCR test is responsible for an unknown amount of false-positive results because too many cycles have consistently been run from the start. Even the sainted Dr. Fauci himself has explained that anything over 36 cycles will result in finding only dead nucleotides that create false positives. Meanwhile, over 40 cycles of amplification have been regularly used for Covid testing for 18 months.

As a result, the test results have been declared useless by some because anything beyond a cycle threshold of 35 will detect past, latent viruses which no longer pose a threat. The probability of a false-positive result is as high as 97 percent at 35 cycles or higher. This very much explains how there could be 38 million cases of the flu in 2019-20 but only 1,822 in 2020-21. Meanwhile, there have been (as of this writing), a reported 40,172,000 positive Covid tests in the U.S. Translation: The “gold standard” Covid test most likely can't tell the difference between different respiratory diseases.

Kary Mullis invented the PCR test — for which he was given the 1993 Nobel Prize in chemistry. Before he passed away in 2019, Mullis stated that his test is “incapable of diagnosing disease” as it cannot distinguish between inactive and reproductive viruses. He said this about Fauci (the man who spearheaded the use of PCR tests for Covid-19): “This man thinks you can take a blood sample and stick it in an electron microscope and if it’s got a virus in there, you will know it. He doesn’t understand electron microscopy and he doesn’t understand medicine. He should not be in a position like he’s in.”

The CDC announced that after December 31, 2021, it will withdraw the PCR test to diagnose SARS-CoV-2. 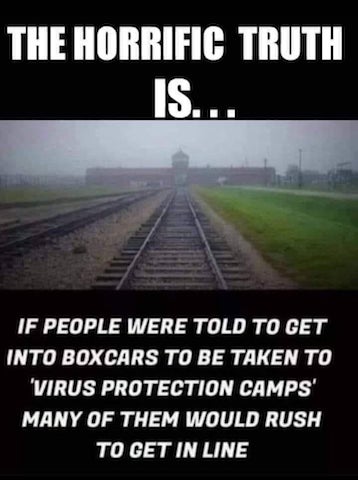 MZ: Indeed. The damage is done. I urge readers to keep the flawed PCR test in mind every single time they hear news reports of rises in cases and deaths. The people making these reports literally have no idea what’s going on.

MZ: Anything else do you wanna get off your chest?

MZ: I believe I’d very much like to get you started on that!

MZ: If you insist. It comes back to flawed testing. PCR false positives created the illusion of a crisis. The inherently faulty and highly exaggerated counts of cases and deaths have led to lockdowns, economic crises, social unrest, and authoritarian measures. The powers-that-be took advantage of this illusion to enrich the billionaire class and grant dangerous amounts of power to governments. The global cost of this deception is difficult to stomach.

MZ: For 18 months and counting, we’ve been conditioned to fear a virus based on the numbers: cases and deaths. You may think knowing the exact numbers doesn’t matter. You may think it’s heinous or “anti-science" for anyone to even question the official count. If that’s what you’re feeling right now, I invite you to explain your perspective to some of the humans impacted by the lockdowns, e.g.

The numbers matter immensely but very few people seem to want to hear anything that challenges their acceptance of the “official” narrative. Every time you mock or ignore well-documented writing on this topic, you are showing ZERO concern for the tens of millions whose lives have been devastated thanks to lies and propaganda.

While you gleefully support totalitarian mandates with the bogus claim of “saving lives," 10,000 additional children are dying each month across the globe thanks to the lockdowns and your compliance. 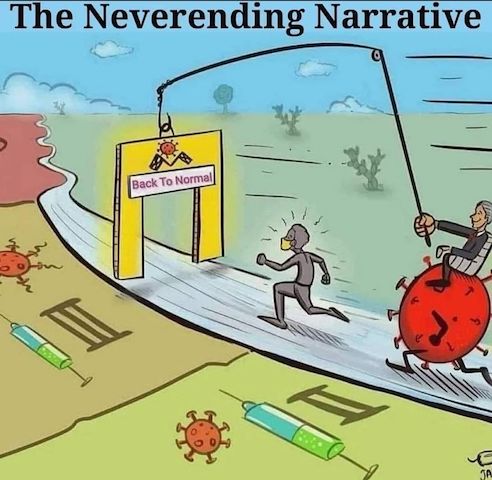 MZ: If the readers of this article take their health seriously, take the state of the world seriously, and take themselves seriously, they’ll click on every link provided above. They’ll care enough and be curious enough to read that info closely and then ask themselves why the media, the corporations, and the government are trying to sell us a completely different narrative.

MZ: Do you have any hope the readers of this article will do any of that?

MZ: In the words of Henry Rollins, “Hope is the last thing a person does before they are defeated.” No hope here but what I do have is passion and commitment for digging up and sharing facts. 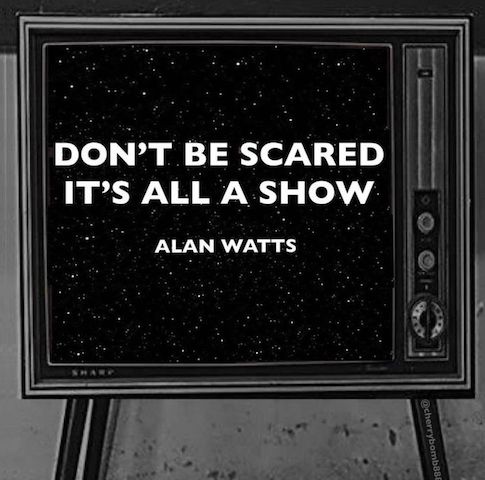 Until the laws are changed or the power runs out, Mickey Z. can be found here. He is also the founder of Helping Homeless Women - NYC, offering direct relief to women on New York City streets. To help him grow this project, CLICK HERE and donate right now. And please spread the word!