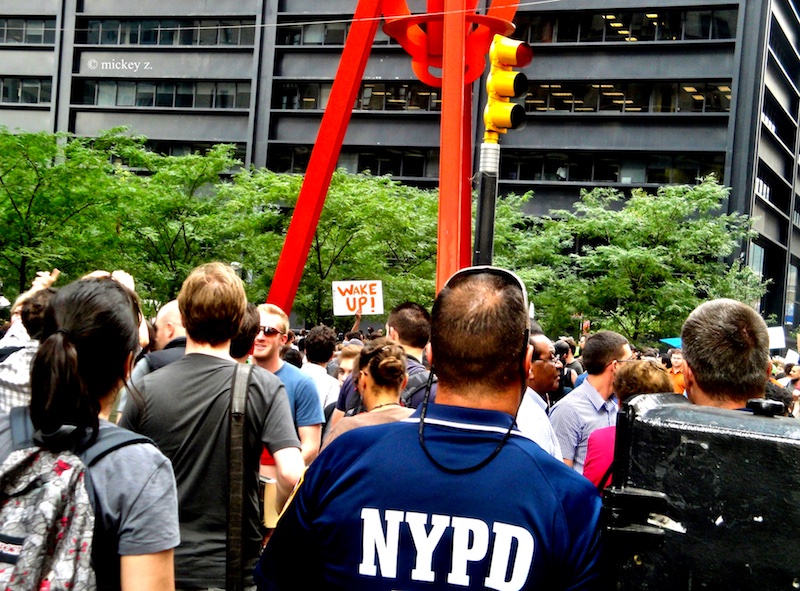 All across social media, people take sides. Check that… people angrily and demonstrably take sides. Part of that counterproductive process is “calling out” anyone who isn’t on your side. Let’s face it, you haven’t really taken a stand until you’ve publicly mocked anyone who is stupid enough to not agree with you, right? “Sheeple,” you call them, as you and your news feed hive mind wonder when and if these idiots will ever “wake up.”

Sometimes, the wake-up call is couched in false compassion, e.g. “It takes some people longer to see and accept the truth. They’ll wake up when they’re ready.” Most times, the approach manifests itself in noxious flame wars that go on for weeks. Earth is scorched. Bridges burned. Long-time bonds shattered. When battle lines are being drawn, after all, you cannot risk associating with those who have actively chosen to remain ignorant. Right? 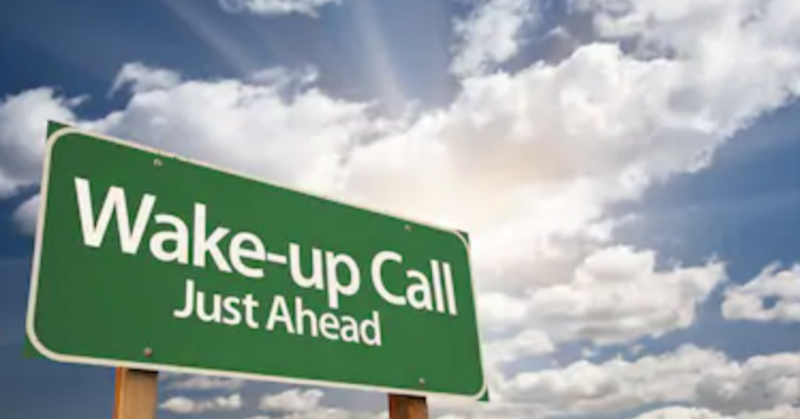 Two questions (regardless of which “side” you’ve landed on):

The first question requires no further elaboration except to say we’re each wrong more often than we’re right. Question #2 is the query I’d love to ask every single person I’ve ever seen positioning themselves as uniquely capable of discerning fact from fiction. Do you think anyone responds with an open mind when they are being dismissed as “asleep”? I ask this as someone who was once revered as a high-profile “activist,” public speaker, and writer. To attain such a position, it is necessary to spew out myriad wake-up calls within one’s echo chamber.

Speaking of echo chambers, we're reaching a point where each ideological clique operates within its own private internet. The only intel we get about our "enemies" comes from out-of-context quotes and screenshots. In an environment like this — without any checks and balances — we can only grow more attached to our increasingly extreme perspectives. And we can only be subjected to more wake-up calls.

As a way of pleasing your followers, wake-up calls will do the trick. As a method of persuasion, they are utterly ineffective. Even worse, they are mean-spirited. Which brings me to the awkward part of this screed wherein I offer everyone a wake-up call about not providing any more wake-up calls.

A Different “Kind” of Debate

“Always remember that to argue, and win, is to break down the reality of the person you are arguing against,” writes Haruki Murakami, “It is painful to lose your reality, so be kind, even if you are right.”

The origin of the word “kind” (as a noun) is from the Old English gecynd "kind, nature, race," related to cynn "family" (as in: “kin”). As an adjective (“friendly, deliberately doing good to others”) kind originally meant "with the feeling of relatives for each other.” By the fourteenth century, kind was being used to describe someone who is “benign, compassionate, loving, full of tenderness.”

If your goal is to share and gain knowledge while remaining friendly, be kind. If your goal is to persuade, convince, or convert, be kind. Either way, treat others as kin. Pro tip: Accusing others of being in need of a wake-up call does not qualify as kindness.

Julia Galef is co-founder of the Center for Applied Rationality. She gave an excellent TED talk juxtaposing a soldier mentality (protecting your viewpoint at all costs) with the inquisitive outlook of a scout who is spurred by exploration. “What do you most yearn for?” Galef asks. “Do you yearn to defend your own beliefs or do you yearn to see the world as clearly as you possibly can?” 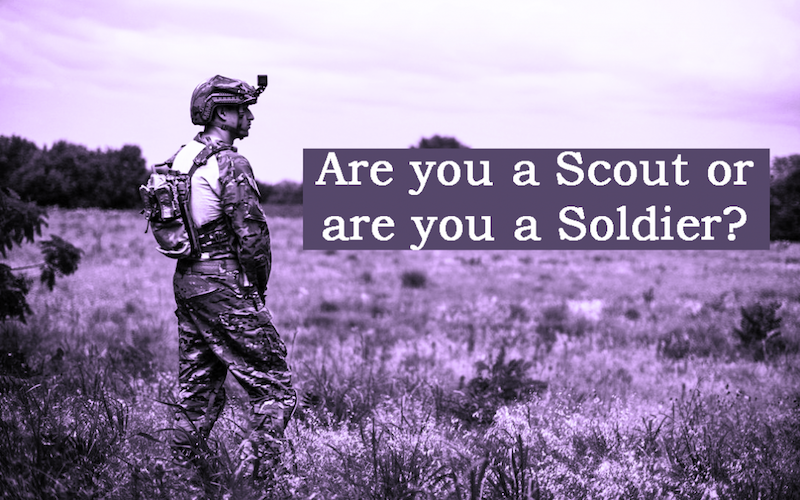 Occupying the position of metaphorical scout will help bring you a life of fresh perspectives and reduced strife. You’ll be less judgmental and more curious. Clarity will guide your decisions and interactions. Best of all, in my not-so-humble opinion, will be all those incredible moments of epiphany — those foundation-shaking episodes wherein your mind expands to embrace the dimensions of a previously unimaginable point of view. In 2021, choose kindness and curiosity… and leave the wake-up calls to your alarm clock.