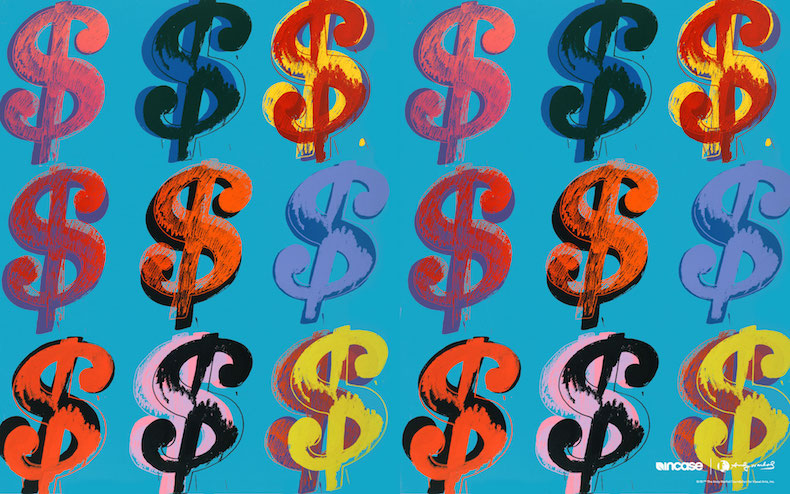 Donald Trump was an outsider who boldly stormed the citadel of Washington DC and won. He has promised real change, but his infrastructure plan appears to be just more of the same -- privatizing public assets and delivering unearned profits to investors at the expense of the people. He needs to try something new; and for this he could look to Abraham Lincoln, whose bold solution was very similar to one now being considered in Europe: just print the money.

In Donald Trump’s victory speech after the presidential election, he vowed:

We are going to fix our inner cities and rebuild our highways, bridges, tunnels, airports, schools, hospitals. We’re going to rebuild our infrastructure, which will become, by the way, second to none. And we will put millions of our people to work as we rebuild it.

It sounds great; but as usual, the devil is in the details. Both parties in Congress agree that infrastructure is desperately needed. The roadblock is in where to find the money. Raising taxes and going further into debt are both evidently off the table. The Trump solution is touted as avoiding those options, but according to his economic advisors, it does this by privatizing public goods, imposing high user fees on the citizenry for assets that should have been public utilities.

Raise taxes, add to the federal debt, privatize -- there is nothing new here. The president-elect needs another alternative; and there is one, something he is evidently open to. In May 2016, when challenged over the risk of default from the mounting federal debt, he said, “You never have to default, because you print the money.” The Federal Reserve has already created trillions of dollars for the 1% by just printing the money. The new president could create another trillion for the majority of the 99% who elected him.

The infrastructure plan of the Trump team was detailed in a report released by his economic advisors Wilbur Ross and Peter Navarro in October 2016. It calls for $1 trillion of spending over 10 years, funded largely by private sources. The authors say the report is straightforward, but this writer found it hard to follow, so here the focus will be on secondary sources. According to Jordan Weismann on Slate:

Under Trump’s plan … the federal government would offer tax credits to private investors interested in funding large infrastructure projects, who would put down some of their own money up front, then borrow the rest on the private bond markets. They would eventually earn their profits on the back end from usage fees, such as highway and bridge tolls (if they built a highway or bridge) or higher water rates (if they fixed up some water mains). So instead of paying for their new roads at tax time, Americans would pay for them during their daily commute. And of course, all these private developers would earn a nice return at the end of the day.

The federal government already offers credit programs designed to help states and cities team up with private-sector investors to finance new infrastructure. Trump’s plan is unusual because, as written, it seems to be targeted at fully private projects, which are less common.

David Dayen, writing in The New Republican, interprets the plan to mean the government’s public assets will be “passed off in a privatization firesale.” He writes:

It’s the common justification for privatization, and it’s been a disaster virtually everywhere it’s been tried. First of all, this specifically ties infrastructure -- designed for the common good -- to a grab for profits. Private operators will only undertake projects if they promise a revenue stream...

So the only way to entice private-sector actors into rebuilding Flint, Michigan’s water system, for example, is to give them a cut of the profits in perpetuity. That’s what Chicago did when it sold off 36,000 parking meters to a Wall Street-led investor group. Users now pay exorbitant fees to park in Chicago, and city government is helpless to alter the rates.

You also end up with contractors skimping on costs to maximize profits.

Time for Some Outside-the-box Thinking

That is the plan as set forth by Trump’s economic policy advisors; but he has also talked about the very low interest rates at which the government could borrow to fund infrastructure today, so perhaps he is open to other options. Since financing is estimated to be 50 percent of the cost of infrastructure, funding infrastructure through a publicly-owned bank could cut costs nearly in half, as shown here.

Better yet, however, might be an option that is gaining traction in Europe: simply issue the money. Alternatively, borrow it from a central bank that issues it, which amounts to the same thing as long as the bank holds the bonds to maturity. Economists call this “helicopter money” -- money issued by the central bank and dropped directly into the economy. As observed in The Economist in May 2016:

Advocates of helicopter money ... argue for fiscal stimulus -- in the form of government spending, tax cuts or direct payments to citizens -- financed with newly printed money rather than through borrowing or taxation. Quantitative easing (QE) qualifies, so long as the central bank buying the government bonds promises to hold them to maturity, with interest payments and principal remitted back to the government like most central-bank profits.

Helicopter money is a new and rather pejorative term for an old and venerable solution. The American colonies asserted their independence from the Motherland by issuing their own money; and Abraham Lincoln, our first Republican president, boldly revived that system during the Civil War. To avoid locking the government into debt with exorbitant interest rates, he instructed the Treasury to print $450 million in U.S. Notes or “greenbacks.” In 2016 dollars, that sum would be equivalent to about $10 billion, yet runaway inflation did not result. Lincoln’s greenbacks were the key to funding not only the North’s victory in the war but an array of pivotal infrastructure projects, including a transcontinental railway system; and GDP reached heights never before seen, jumping from $1 billion in 1830 to about $10 billion in 1865.

Indeed, this “radical” solution is what the Founding Fathers evidently intended for their new government. The Constitution provides, “Congress shall have the power to coin money [and] regulate the value thereof.” The Constitution was written at a time when coins were the only recognized legal tender; so the Constitutional Congress effectively gave Congress the power to create the national money supply, taking that role over from the colonies (now the states).

Outside the Civil War period, however, Congress failed to exercise its dominion over paper money, and private banks stepped in to fill the breach. First the banks printed their own banknotes, multiplied on the “fractional reserve” system. When those notes were heavily taxed, they resorted to creating money simply by writing it into deposit accounts. As the Bank of England acknowledged in its spring 2014 quarterly report, banks create deposits whenever they make loans; and this is the source of 97% of the UK money supply today. Contrary to popular belief, money is not a commodity like gold that is in fixed supply and must be borrowed before it can be lent. Money is being created and destroyed all day every day by banks across the country. By reclaiming the power to issue money, the federal government would simply be returning to the publicly-issued money of our forebears, a system they fought the British to preserve.

The invariable objection to this solution is that it would cause runaway price inflation; but that monetarist theory is flawed, for several reasons.

First, there is the multiplier effect: one dollar invested in infrastructure increases gross domestic product by at least two dollars. The Confederation of British Industry has calculated that every £1 of such expenditure would increase GDP by £2.80. And that means an increase in tax revenue. According to the New York Fed, in 2012 total tax revenue as a percentage of GDP was 24.3 percent. Thus one new dollar of GDP results in about 24 cents in increased tax revenue; and $2 in GDP increases tax revenue by about 50 cents. One dollar out pulls 50 cents or more back in the form of taxes. The remainder can be recovered from the income stream from those infrastructure projects that generate user fees: trains, buses, airports, bridges, toll roads, hospitals, and the like.

Further, adding money to the economy does not drive up prices until demand exceeds supply; and we’re a long way from that now. The U.S. output gap -- the difference between actual output and potential output -- is estimated at close to $1 trillion today. That means the money supply could be increased by close to $1 trillion annually without driving up prices. Before that, increasing demand will trigger a corresponding increase in supply, so that both rise together and prices remain stable.

In any case, today we are in a deflationary spiral. The economy needs an injection of new money just to bring it to former levels. In July 2010, the New York Fed posted a staff report showing that the money supply had shrunk by about $3 trillion since 2008, due to the collapse of the shadow banking system. The goal of the Federal Reserve’s quantitative easing was to return inflation to target levels by increasing private sector borrowing. But rather than taking out new loans, individuals and businesses are paying off old loans, shrinking the money supply. They are doing this although credit is very cheap, because they need to rectify their debt-ridden balance sheets just to stay afloat. They are also hoarding money, taking it out of the circulating money supply. Economist Richard Koo calls it a “balance sheet recession.”

The Federal Reserve has already bought $3.6 trillion in assets simply by “printing the money” through QE. When that program was initiated, critics called it recklessly hyperinflationary; but it did not create even the modest 2 percent inflation the Fed was aiming for. Combined with ZIRP -- zero interest rates for banks -- it encouraged borrowing for speculation, driving up the stock market and real estate; but the Consumer Price Index, productivity and wages barely budged. As noted on CNBC in February:

Central banks have been pumping money into the global economy without a whole lot to show for it . . . . Growth remains anemic, and worries are escalating that the U.S. and the rest of the world are on the brink of a recession, despite bargain-basement interest rates and trillions in liquidity.

Boldness Has Genius in It

In a January 2015 op-ed in the UK Guardian, Tony Pugh observed:

Quantitative easing, as practised by the Bank of England and the US Federal Reserve, merely flooded the financial sector with money to the benefit of bondholders. This did not create a so-called wealth affect, with a trickle-down to the real producing economy.

... If the EU were bold enough, it could fund infrastructure or renewables projects directly through the electronic creation of money, without having to borrow. Our government has that authority, but lacks the political will.

In 1933, President Franklin Roosevelt boldly solved the problem of a chronic shortage of gold by taking the dollar off the gold standard domestically. President-elect Trump, who is nothing if not bold, can solve the nation’s funding problems by tapping the sovereign right of government to issue money for its infrastructure needs.

Ellen Brown is an attorney and author of 12 books, including the best-selling Web of Debt. Her latest book, The Public Bank Solution, explores successful public banking models historically and globally. Her 300+ blog articles are at EllenBrown.com. She can be heard biweekly on “It’s Our Money with Ellen Brown” on PRN.FM.