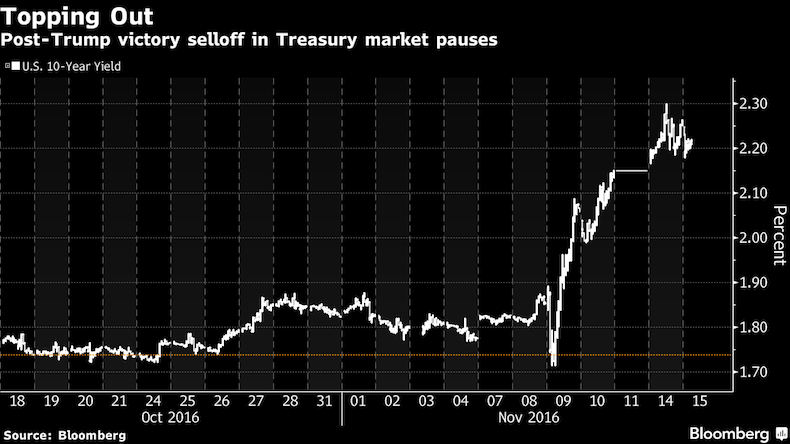 Nov. 15, 2016 (Bloomberg) -- Treasuries rose as investors questioned how much extra spending President-elect Donald Trump will be able to implement, halting a selloff that put global bonds on track for their worst month in 13 years.

U.S. 30-year yields surged past 3 percent Monday, fueling speculation the level is high enough to compensate investors for a pickup in inflation expectations and forecasts for the Federal Reserve to raise interest rates next month. A technical indicator showed 10-year Treasuries were the most oversold since 1990.

“To promote an even greater selloff in yields we’re going to need to see actual inflation pushing up, actual growth being more positive, and some of these policies that Trump has proposed being put in place,” said Peter Jolly, head of market research at National Australia Bank Ltd. in Sydney. “I don’t think we’re finished seeing, necessarily, the end of the selloff.”