When I began my personal deep dive into the world of distributed ledger technology, blockchain and cryptos, I was struck by the frequent occurrence of three distinctly different uses of the term ‘blockchain’ to refer to similar but different concepts, often in the same paragraph.

I've seldom seen anyone make an effort to clarify these three common but different usages, so after fielding numerous variations of the question, “Exactly what is ‘the blockchain,’” I figured I'd offer a clarification to help newbies on the subject. Here’s my stab at demystifying the three most commonly used definitions of blockchain that you’re likely to encounter.

Blockchain, the technology, is a subcategory of Distributed Ledger Technology (DLT). DLT is a distributed computing approach to maintaining data security through decentralized consensus without the need for a trusted central authority. The essence of DLT is that many parties in a peer-to-peer network share identical copies of the same ledger. Parties contribute to the security of the ledger by participating in a group algorithm that solves a game theory challenge involving trust. This challenge is known as the Byzantine General’s Problem (BGP). BGP is the problem how to establish truth in a communications network that might include untrustworthy actors.

The blockchain solution to BGP implements a data structure (also confusingly called a blockchain) in which cryptographic hashes are used to link new records to previous records, thus ensuring that the timestamped records cannot be altered retroactively without alterating of all subsequent blocks.

The entire chain is continually updated, and the cumulative record of transactions is shared identically by all participating nodes, so that corruption of any prior record would require the collusion of a significant number of participants to alter all subsequent blocks in the chain. Because each member has a copy of the blockchain, each also has the ability to prove the validity of records at any time.

Although computer scientists had worked for years to create a peer-to-peer digital currency that solved the double spending problem, the first successful architecture to do so was the blockchain concept, first proposed in a now-famous 2008 whitepaper by an unknown author using the pseudonym Satoshi Nakamoto. The “block chain” technology described in the whitepaper was implemented as the basis for Bitcoin in early 2009. Blockchain technology creates and maintains the universal ledger of all Bitcoin transactions.

In the context blockchain as a database, the word refers to the distributed ledger or decentralized database at the heart of the blockchain technology described above. This database is a ledger of ownership, value, transactions thereof, and sometimes self-executing code (known as a smart contract), stored in a continually growing list of records called blocks. Each block incorporates a timestamp and an immutable link to the previous block, thus forming a “chain of blocks” or a “blockchain.”

The fact that identical copies of the blockchain are held by every user allows participants to easily verify and audit transactions. Using applications known as Block Explorers, users can inspect and trace transactions recorded on these blockchains.

Several variations on the blockchain data structure exist and underlie various digital tokens and currencies, as well as other records of value. The word ‘blockchain’ in this context refers to any specific flavor or specific instance of one of these distributed databases, each derived from the principles laid out in Satoshi Nakamoto’s original white paper.

In this context, the term ‘blockchain’ is like ‘cloud.’ More specifically, ‘on the blockchain,’ has a similar and parallel usage to ‘in the cloud’: it’s a buzzword for capturing all machinations and movements involving the use of blockchain-based DLT (and frequently even non-blockchain DLT).

Myriad cloud storage and cloud computing services exist, each with different underlying architectures and different physical infrastructure -- Amazon Cloud Services, Microsoft Azure, Dell Elastic Cloud, etc -- and there are also myriad cloud applications -- Salesforce, Creative Suite, Office 365, Google Docs. These various storage solutions, virtual computing environments, and remote applications have little in common, other than that they’re not locally contained in your personal computer, their implementation tends to be distributed and shared by numerous physical nodes, and they are accessed remotely. We’ve all become accustomed to referring to them, however, as ‘in the cloud.’

In conclusion, you are likely to encounter three common but different uses of the term blockchain: (1) to describe the distributed ledger technology (DLT) that uses a blockchain data structure to secure records among peers, (2) to refer to the actual data structure or an instance of it that underlies the blockchain flavor of DLT, and (3) as a catch-all buzzword in the phrase ‘on the blockchain’ to refer to any system of distributed record keeping that is using blockchain technology or a variant thereof to record ownership of value among participants, similar to how ‘in the cloud’ has come to refer to any distributed computing service that’s not contained in your local computer and you access through the internet.

I hope you find this explanation helpful for improving the clarity of conversations around this exciting new technology.

Disclaimer: I am not a financial management professional and do not offer financial advice. Seek the advice of a licensed financial professional if you are contemplating an investment in anything including cryptocurrencies. 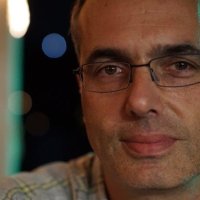