The Untold Story of Why Palestinians Are Divided | Ramzy Baroud 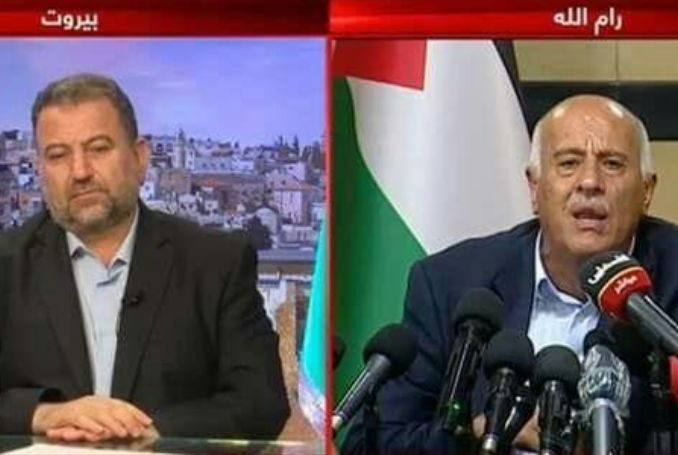 The political division in Palestinian society is deep-rooted, and must not be reduced to convenient claims about the "Hamas-Fatah split," elections, the Oslo accords and subsequent disagreements.

The division is linked to events that preceded all of these, and not even the death or incapacitation of the octogenarian Mahmoud Abbas will advance Palestinian unity by an iota.

Palestinian political disunity is tied to the fact that the issue of representation in Palestinian society has always been an outcome of one party trying to dominate all others. This dates back to Palestinian politics prior to the establishment of Israel on the ruins of historic Palestine in 1948, when various Palestinian clans fought for control over the entire Palestinian body politic. Disagreements led to conflict, often violent, though, at times, it also resulted in relative harmony -- for example, the establishment of the Arab Higher Committee (AHC) in 1936.

These early years of discord duplicated themselves in later phases of the Palestinian struggle. Soon after Egyptian leader, Jamal Abdel Nasser, relinquished his influential role over the Palestine Liberation Organization (PLO) following the humiliating Arab defeat in 1967, the relatively new Fatah Movement -- established by Yasser Arafat and others in 1959 -- took over. Since then, Fatah has mostly controlled the PLO, which was declared in Rabat, in 1974, to be the “sole legitimate representative of the Palestinian people.”

The latter caveat was arguably added to ensure Arab rivals do not lay claim over the PLO, thus impose themselves as the benefactors of the Palestinian cause. However, long after the danger of that possibility had passed, Arafat and Fatah continued to control the PLO using the phrase as a moral justification for dominance and the elimination of political rivals.

While it is easy to jump to conclusions blaming Palestinians for their division, there is more to the story. Since much of the armed Palestinian struggle took place within various Arab political and territorial spaces, PLO groups needed to coordinate their actions, along with their political positions, with various Arab capitals -- Cairo, Damascus, Amman and even, at times, Baghdad, Tripoli, Algiers and Sana’a. Naturally, this has deprived Palestinians of real, independent initiatives.

Arafat was particularly astute at managing one of the most difficult balancing acts in the history of liberation movements: keeping relative peace among Palestinian groups, appeasing Arab hosts and maintaining his control over Fatah and the PLO. Yet, even Arafat was often overwhelmed by circumstances well beyond his control, leading to major military showdowns, alienating him further and breaking down Palestinian groups to even smaller factions -- each allied and supported by one or more Arab governments.

Even Palestinian division has rarely been a Palestinian decision, although the Palestinian leadership deserves much blame for failing to develop a pluralistic political system that is not dependent in its survival on a single group or individual.

The Oslo Accords of 1993 and the return of some of the Palestinian groups to Palestine in the following months and years was presented, at the time, as a critical step towards liberating Palestinian decision making from Arab and other influences. While that claim worked in theory, it failed in practice, as the newly established Palestinian National Authority (PNA) quickly became hostage to other, even greater influences: Israel, the United States and the so-called donor countries. This U.S.-led apparatus linked its political and financial support to the Palestinians agreeing to a set of conditions, including the cracking down on anti-Israel "incitement" and the dismantling of "terrorist infrastructures."

While such a new political regime forced Palestinian groups to yet another conflict, only Hamas seemed powerful enough to withstand the pressure amassed by Fatah, the PA and Israel combined.

The Hamas-Fatah feud did not start as an outcome of Oslo and the establishment of the PA. The latter events merely exacerbated an existing conflict. Immediately after Hamas’ establishment in late 1987, PLO parties, especially Fatah, viewed the new Islamic movement with suspicion, for several reasons: Hamas began and expanded outside the well-controlled political system of the PLO; it was based in Palestine, thus avoiding the pitfalls of dependency on outside regimes; and, among other reasons, promoted itself as the alternative to the PLO’s past failures and political compromises.

Expectedly, Fatah dominated the PA as it did the PLO and, in both cases, rarely used truly democratic channels. As the PA grew richer and more corrupt, many Palestinians sought the answer in Hamas. Consequently, Hamas’ growth led to the movement’s victory in the Palestinian legislative elections in 2006. Conceding to a triumphant Hamas would have been the end of Fatah’s decades-long dominance over the Palestinian political discourse -- let alone the loss of massive funding sources, prestige and many other perks. Thus, conflict seemed inevitable, leading to the tragic violence in the summer of 2007, and the eventual split between Palestinians- with Fatah dominating the PA in the occupied West Bank and Hamas ruling over besieged Gaza.

Matters are now increasingly complicated, as crises of political representation afflicting the PLO and the PA are likely to soon worsen with the power struggle under way within the Fatah movement. Though lacking Arafat’s popularity and respect among Palestinians, Abbas’ ultimate goal was the same: singlehandedly dominating the Palestinian body politic. However, unlike Arafat who, using manipulation and bribes kept the Fatah movement intact, Fatah under Abbas is ready to dismantle into smaller factions. Chances are the absence of Abbas will lead to a difficult transition within Fatah that, if accompanied with protests and violence, could result in the disintegration of the Fatah movement altogether.

To depict the current Palestinian political crisis in reductionist notions about a Hamas-Fatah "split" -- as if they were ever united -- and other cliches, is to ignore a history of division that must not be solely blamed on Palestinians. In post-Abbas Palestine, Palestinians must reflect on this tragic history and, instead of aiming for easy fixes, concentrate on finding common ground beyond parties, factions, clans and privileges. Most importantly, the era of one party and a single individual dominating all others must be left behind and, this time, for good.