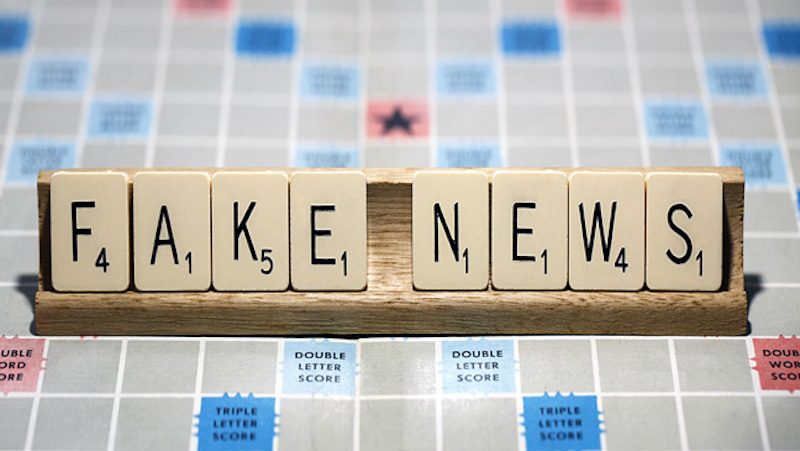 “Withdrawing in disgust is not the same thing as apathy.”

We live on the cusp of an age during which virtually no one will be able to discern fact from fiction. Synthetic media technology has exploded in the past couple of years. So much so that your average YouTuber can now do a better job at “de-aging” a character in a video than the crew that worked on The Irishman. To help illustrate what a bad idea this can be, please allow me to take you back to post-World War II U.S. covert action.

In 1948, George Kennan, head of the U.S. State Department post-war planning staff, called the resource-rich nation of Indonesia "the most crucial issue of the moment in our struggle with the Kremlin." At that time, a man named Sukarno had been president of the world's largest Muslim nation for three years. Active in the nonaligned, anti-imperialist movement, he was seen as an emerging leader of the Third World. To make him even more disliked by the U.S., Sukarno allowed the Communist party (PKI) to become part of his governing coalition. 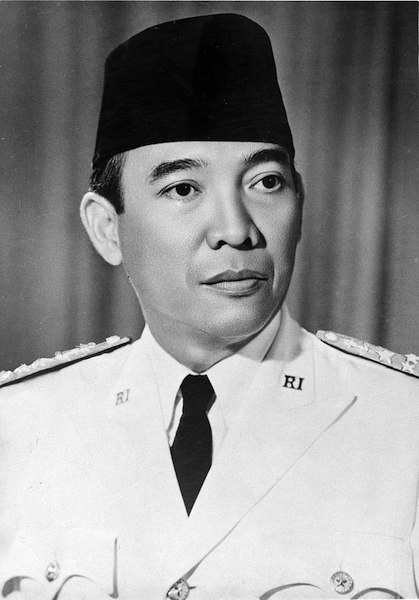 "The PKI, nominally backed by Sukarno, was a legal and formidable organization and was the third-largest Communist Party in the world," writes former CIA agent Ralph McGehee. Inevitably, Sukarno garnered the attention of that inventive gang of sleuths at the Central Intelligence Agency and covert U.S. support for his rivals in the Indonesian military hit full stride by 1957. The CIA hatched a scheme to bring down the popular Indonesian leader. The plan was to portray the hated Sukarno in a pornographic film — with his supposed “sexy Soviet spy mistress.”

“Our special Sukarno committee was formed to accomplish the production of a film, or at least some still photos, showing Sukarno and his Russian girlfriend engaged in his favorite activity,” CIA operative Joseph Burkholder Smith writes in Portrait of a Cold Warrior.

“The resulting movie and some still photographs from it were passed around influential circles in Indonesia,” explained Barry Hillenbrand in Time magazine. “But the CIA miscalculated. Rather than express surprise and outrage at their leader's apparent peccadilloes, Indonesians shrugged.”

Shortly after that, the CIA went back to what it does best: covert military support and destabilization resulting in a bloody coup to install a dictator more amenable to America’s ravenous, imperialist desires. (I’ll explain all that at the end of this article.)

Of course, things would go much differently today. We have deep fakes, synthetic media, and artificial intelligence. Such high-tech wizardry was once the stuff of science fiction before it evolved into expensive film special effects, and now… well, pretty much anyone can be in the alternative facts business. For example, check out “This Person Does Not Exist.”

Disinformation can now be effectively spread by, say, your adolescent neighbor. Even more frightening is how state actors have ushered in the post-truth era. Within this realm, you and I willingly sign up to surrender our personal “data” and to be manipulated and divided by algorithms. I invite you to take a few minutes to ponder how this might play out:

Agents of Russia and/or China create a front “human rights” organization in a neutral country. From that location, workers flood certain sectors of the American public with incendiary fake news. Let’s say you dwell on the “left” side of things. You may see a sudden influx of believable memes providing false statistics about how many Black men are killed by law enforcement in the U.S. Once that sinks in and the protests start, you’ll be inundated with content informing you that it’s “racist” to question any Black Lives Matter tactics. They’ve got you cornered. To not wear a BLM shirt now feels like betrayal or self-sabotage. After all, what would your friends think?

At the same time, those on the “right” will be buried in realistic clickbait articles designed to transform “Antifa” from nothing more than an empty activist catchphrase into a potent, murderous threat ready to take over your suburbs. Meanwhile, brace yourself for a relentless onslaught of information “they” don’t want you to hear, e.g. COVID-19 is a Democrat hoax to bring down Trump and wearing a mask is tantamount to a full surrender of your rights. They’ve got you cornered. To wear a mask now feels like betrayal or self-sabotage. After all, what would your friends think?

As a result, the left explodes in a supernova of virtue signaling, bizarre chants like “I can’t breathe,” and the new-found freedom to label anything and everything they don’t like as “racist.” Meanwhile, the frenzied right arms itself against the perceived existential threat of Antifa while consciously and willfully ignoring (and thus exacerbating) a global pandemic.

In just a few months:

Ask yourself: How happy would nations like Russia and China be about such outcomes? If that question sounds, um, conspiratorial, I suggest you read up on Operation INFEKTION. In the 1980s, the KGB ran a disinformation campaign within the U.S. The goal was to get the general public to believe HIV/AIDS was invented in a lab by American scientists — specifically targeting African-Americans. The Soviets long understood how volatile the issue of race in America and how easy it is to stoke those flames in the name of destabilizing the Home of the Brave™. Do you really think the Russians have forgotten the importance of fomenting tribalism in the U.S.? 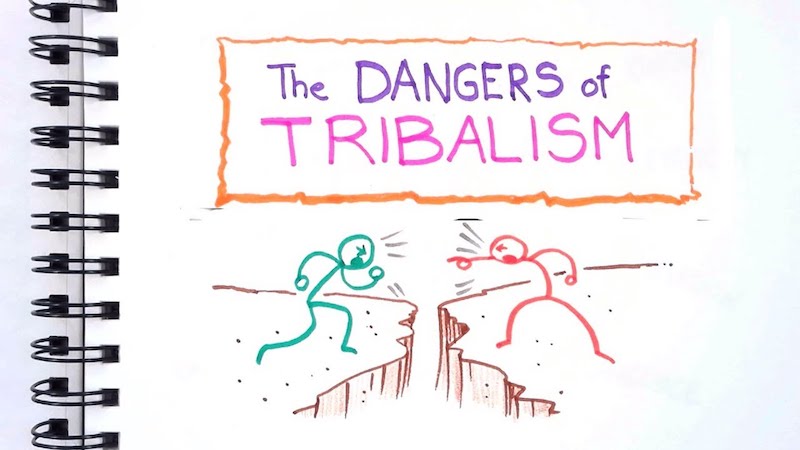 Screenshot from a YouTube video called “The Dangers of Tribalism”

Whatever nefarious use is found for synthetic media, rest assured, we’ve only seen the tiniest tip of the iceberg. This phase of human history has just begun. Right now, for example, if I were well-known, someone could program AI to scan all my articles and then produce its own “Mickey Z. article.” That believable but fake essay could make it look like I’ve espoused a heinous viewpoint. In the blink of an eye, I’d been canceled… or worse.

Recently, I’ve thought about starting a podcast (as a much-needed source of income). But I can’t help but consider how anyone with the right app could easily transform an audio recording of mine (or yours) into whatever they wished. In such a scenario, I’d end up being the one trying to prove I never said what everyone can clearly hear “me” saying. The genie is out of the bottle, my friends, so… now what?

As much as some would like to believe that marching, chanting, or color-coded Facebook profile pictures will create change, this is far from reality. For now, the most feasible options at our disposal are small, personal steps, e.g. recalibrating your perception of events. Reminder: You are responsible for your own integrity and morality so, factor in the new high-tech realities and defend your psychological autonomy. For example:

Those last two suggestions may seem counterintuitive during a pandemic but they remain essential. Thanks to smartphones and social media, we’ve replaced communities with hive minds. Nuanced debates no longer exist. It’s either an echo chamber or a flame war — backed up by “evidence” that is often fabricated and planted to sow further division. We lack the resources to halt this trend thus, our best defense may be old school solidarity. You are a lot harder to condition if you do not willingly submit to it. As a result, “withdrawing in disgust” may be a useful first step.

The Agency began to give direct assistance to rebel groups inside Indonesia, e.g. B-26s carried out bombing missions. On May 18, 1958, one such B-26 was shot down and his own country called the captured pilot, Allen Pope, a “soldier of fortune.” In reality, Pope was an employee of a CIA-owned proprietary company, Civil Air Transport. Sukarno had survived the B movie and the B-26s. Clearly, a more direct approach was needed.

“In 1963, U.S.-trained Indonesian trade unionists began gathering the names of workers who were members or sympathizers of unions affiliated with the national labor federation, SOBSI,” said McGehee. “These trade unionist spies laid the groundwork for many of the massacres of 1965-1966. The CIA also used elements in the 105,000 strong Indonesian national police force to penetrate and gather information on the PKI.”

Historian William Blum described what followed as “a series of events, involving a supposed coup attempt, a counter-coup, and perhaps a counter-counter-coup, with American fingerprints apparent at various points.” On October 30, 1965, Major General Suharto, in a speech before a military audience, angrily denounced the PKI and demanded that the “Communists be completely uprooted.”

“Uprooted” was putting it mildly. Estimates of those murdered by Suharto’s thugs vary widely. The scale of the massacre is unknown. The CIA: 250,000. The head of the Indonesia state security system: over 500,000. Amnesty International: “many more than one million.”

Again, even The New York Times called it “one of the most savage mass slayings of modern political history” but left out any reference to U.S. culpability despite the fact that the death squads had been working from hit lists provided by the U.S. State Department. One U.S. diplomat called the lists “a big help” to the Indonesian army. “They probably killed a lot of people and I probably have a lot of blood on my hands,” the diplomat commented afterward. “But that’s not bad. There’s a time when you have to strike hard at a decisive moment.”

Suharto assumed power. Time magazine celebrated the new leader with a cover story about his rise to power — calling it a “boiling bloodbath that almost unnoticed took 400,000 lives,” characterizing the new regime as “scrupulously constitutional,” and lauding the “quietly determined” Suharto with his “almost innocent face.”