That time I became the “Underground Poet” (or did I?) — Mickey Z. 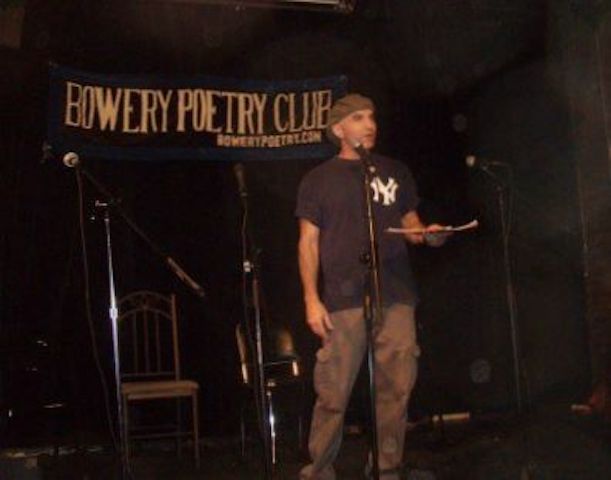 Doing my thing at the Bowery Poetry Club: December 2009

Before the interwebs, I believe it required more ingenuity to get noticed. That’s why I conjured up my “underground poet” scheme in the early 90s. After purchasing a batch of small stickers, I marked them up with my poems, one-liners, and other provocative writings. Among other things, I was already a published poet by then. Also, at a huge art show at the Javits Center, two of my one-liners were framed and then purchased by a French art dealer. When he compared me to Marcel Duchamp, I swooned… and I started planning. 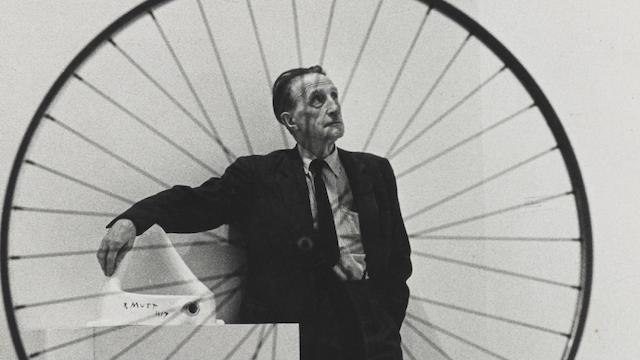 I’d ride the subways, slapping my stickers up here and there — but then it hit me: I could skip a step. Instead of waiting for someone to randomly notice my work and alert the media, I could kinda-sorta alert the media myself. With that in mind, I stopped risking arrest (or a summons, at the very least) and focused on my new plan. Let’s face it, there’s no need to actually hang poetry when you can just convince the media to report that it’s true.

My partner at the time, Michele, was more than happy to help. So, I wrote an article about the magnificence of the “Underground Poet” and made sure to clarify that someone named “Mickey Z.” was responsible. I put Michele’s name as the byline and mailed (yes, snail mail) it to a handful of large local outlets. Lo and behold, New York Newsday replied almost immediately. (Side note: Newsday was once a staple in the five boroughs. Now, it’s primarily centered on Long Island.)

The editor of the op-ed page at the time, Ken Emerson, called Michele to say he was very interested in publishing the piece as an op-ed. He just needed to talk with her in person first. It seems his journalist instincts had him feeling a little skeptical. I went with Michele to Newsday’s offices on Park Avenue South but, of course, I waited outside. The chat was brief. “How do I know that you’re not Mickey Z.?” Emerson asked. “I don’t wanna be part of a scam.” Michele calmly replied: “You’re just gonna have to trust me.” 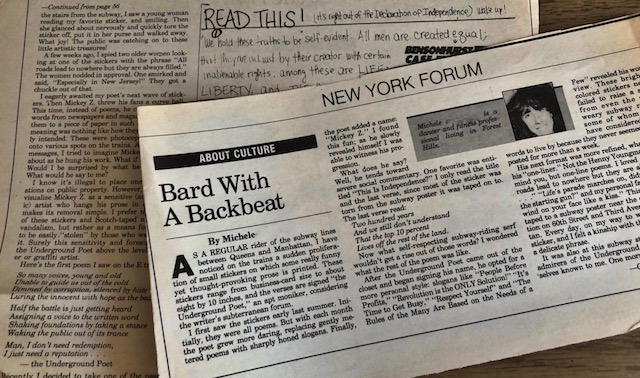 With a deep sigh, Emerson agreed. The piece ran about a week later, Michele got paid $150 as the author, and the myth of the Underground Poet was launched. I used the article to reach out (as myself) elsewhere and more press soon followed. Among other outlets, Street News picked up the story but — best of all — the New York Daily News sent a reporter out with me onto the trains to interview me as I hung my work. You might have called me “viral” if that had already been a thing.

For years afterward, these clips came in handy as I pitched articles, got book deals, and secure some writing grants and fellowships. A line in my official bio still reads: “In the 90s, Mickey Z. was known as the ‘Underground Poet’ for hanging his words in NYC’s subterranean tunnels of transportation.” Still, I’ve always believed I just didn’t push it far enough. In fact, after recently watching documentaries on Keith Haring and Jean-Michel Basquiat, I can better see that I didn’t let myself reap all the rewards and possibilities that were available back then. So, in this convoluted age of hashtags, algorithms, and fake news, it’s time for a comeback.