Take Your Job and Shove It — Mickey Z. 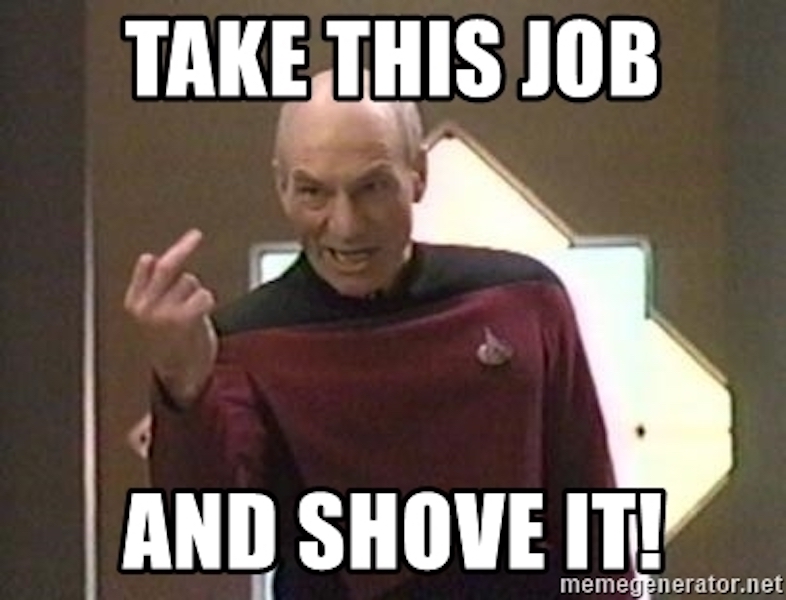 Back in June 2012, as part of the Occupy Wall Street “Summer Disobedience School” (please, don’t ask), I was marching with about 75 of my fellow occupiers through Times Square. While skirting the edge of the demo to take photos, I passed a group of young men in business attire. On the surface, they appeared “mainstream” — right out of Central Casting, you might say.

One man was clearly confused by the boisterous march — the signs, the drummers, the costumes, and so much more. "What are they doing?" he pondered aloud. The largest man in the group — his face pinched into an expression of scorn — bellowed: "I'll tell you what they should be doing. They should be looking for a friggin’ job!”

In retrospect, asking what we were doing was an extremely valid inquiry for which we’d have no useful reply. But since I’ve already written volumes on the inefficacy of “activism,” I’ll set that aside for now. What still fascinates me about this exchange, however, is the frequent need for a random outsider to derisively comment/make assumptions about a stranger’s employment status. 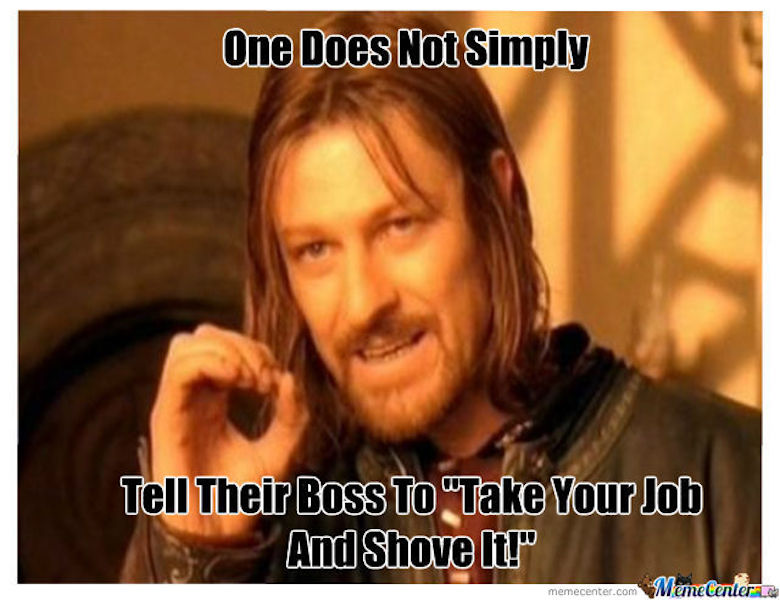 You see, it wasn’t just during activism that I’ve encountered such behavior. During the four-plus years I’ve run Helping Homeless Women - NYC, there have been plenty of “get a job” moments. Passersby (usually men) have no compunction about imposing their unsolicited (and loud) opinion upon any homeless woman they encounter. Women have told me about being called frauds, junkies, crackheads, and more. By far, the most common unsolicited (and loud) opinion is “get a job!”

One longtime regular of mine (I’ll call her G) often asked me to watch her stuff while she looked for a bathroom. During one such instance, an older woman approached, looking for G. I explained the situation and the woman jumped on the opportunity to impose her unsolicited (but not loud) opinion on me. She said: “I try and try to help her. I tell her to start by getting a job but every time I pass, she’s still here. She just doesn’t want my help.” To which I replied: “Maybe your words don’t sound or feel like help to her.”

The woman huffed and left just before G returned. I told her what happened and I can still hear G’s response: “All these people walking past me think they know me? I wish just one of them would stop and explain how it is that they know everything. That they have it all figured out. Share that news with me. Tell me the magic words that will make all this end. Do they think I wanted to lose everything? That I chose this life? I didn’t even lose everything. I had it taken from me!”

Obviously, the “get a job” crowd is unconcerned with such specifics and such emotions. I’ve even witnessed a dude telling a homeless woman — in a wheelchair, with both of her legs amputated above the knee thanks to a subway accident — to get a job. Thus, to follow, I’ll offer some questions and retorts, re: this all-too-common trend. 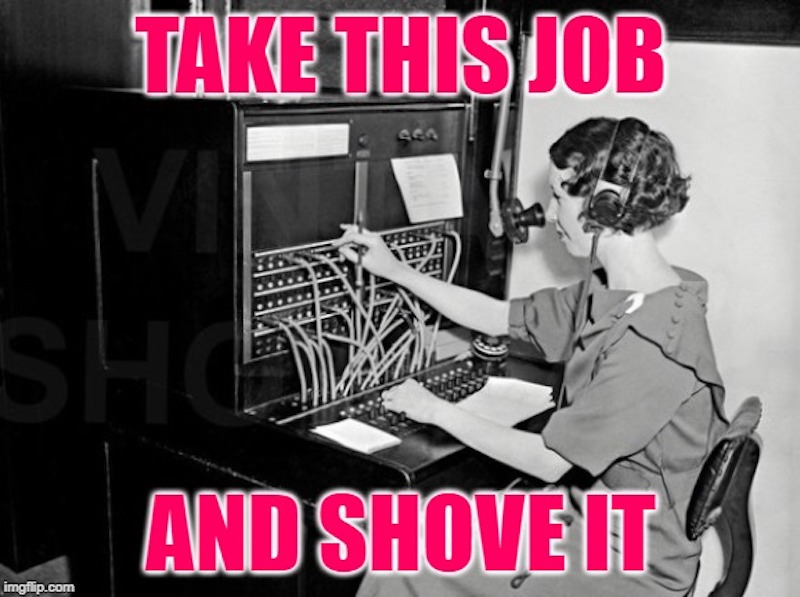 I have some questions for those who yell “get a job” at activists. Firstly, the most obvious: How do you know which of them does or doesn't have a job? Most activists balance a wide range of responsibilities in order to be present at as many actions as possible. On the exact day I mentioned above, for example, I trained some clients at my local gym before heading into Manhattan to attend the protest.

Another question: What does it say about our culture that having a job is one of the primary barometers of "success"? Of course, by "job" most people mean any paid position that is respected by society's current standards and affords said employee enough money to engage in conspicuous consumption, thus further raising their status within a culture hypnotized by materialism.

Question #3: Are you aware that part of what inspires many activists is a rejection of the destructive and alienating work-consume-obey model of human culture? In choosing the "get a job" tack, critics ironically and/or conveniently ignore the economic and social issues that provoke protests while tacitly offering support for maintaining a rigged system based on rampant inequality, privilege, and misinformation. In the specific case of Occupy, the whole thing started because so many people were out of work. In other words, you’re un-ironically telling someone who was downsized out of a career thanks to corporate malfeasance to “get a job.”

I also have this retort for those who feel compelled to yell “get a job” at homeless women: The women I meet thanks to my project did nothing to bring their situation upon themselves. They didn’t “fail” at positive thinking or ambition. Most typically, they were beaten and abused by men who claimed to love them. Some of them were raped and hospitalized by these male “partners.”

The women I meet struggle with conditions like cancer, PTSD, HIV, substance addictions, severely compromised immune systems, a wide range of mental issues — not to mention, an ever-growing list of daily aches and pains.

The women I meet are spit on, mocked and scorned, have their money cups kicked over, “propositioned” by men of all stripes (including cops), live under constant threat of sex trafficking, and mostly, they are made to feel and live as invisible.

The women I meet still get up each day and panhandle with a smile. They do whatever it takes to shower and care for themselves (something I cannot say about 99 percent of the homeless men I encounter). The women do their best to jump through bureaucratic hoops in the name of trying to get health insurance, food stamps, and one day: housing.

The women I meet go on job interviews but how many of you know how impossible it is to find work when you do not have a permanent address? So, they stake out and fight for their space on the streets all day and sleep with a knife close by to fend off predators all night.

The women I meet cultivate survival skills few of us could ever imagine having. They are unique individuals, not a monolithic “demographic.” And oh yeah, the women I meet really, really don’t need your pep talks or tough love.

Translation: Keep your opinion to yourself. Go home and write a Facebook status if you must but please refrain from imposing your standards and worldview (and social conditioning) on strangers. 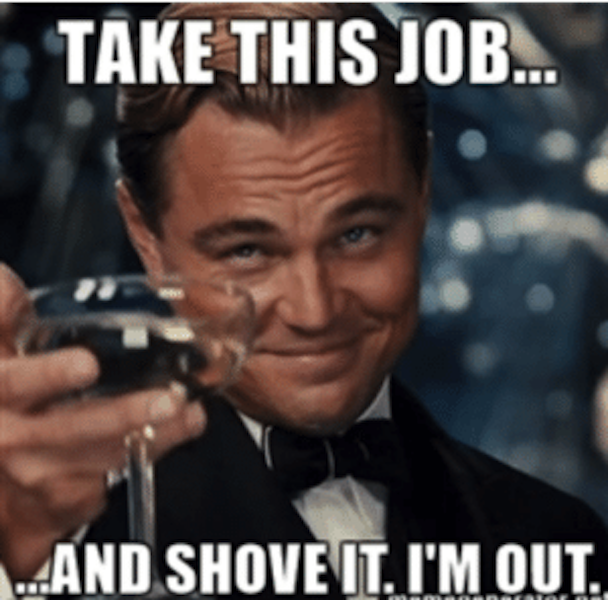 Coda: In case you’re wondering how the opening anecdote played out, yes, I did feel the need to bring that self-satisfied dude down a notch. When I heard his “get a job” statement, I stopped walking, positioned myself about three feet away — directly in his line of sight — and glared into his eyes. When he looked at me and saw the "99%" button to my tight t-shirt, Alpha Male was suddenly confronted with the uncomfortable reality that those he was mocking weren't the skinny/druggie/hippie losers he'd read all about on the interwebs. His eyes met mine and I held my squinty stare. In a matter of seconds, his self-confidence waned and he diverted his gaze downwards. Macho BS for sure but hey… sometimes, you just gotta take a stand. You might even call it my “job.”