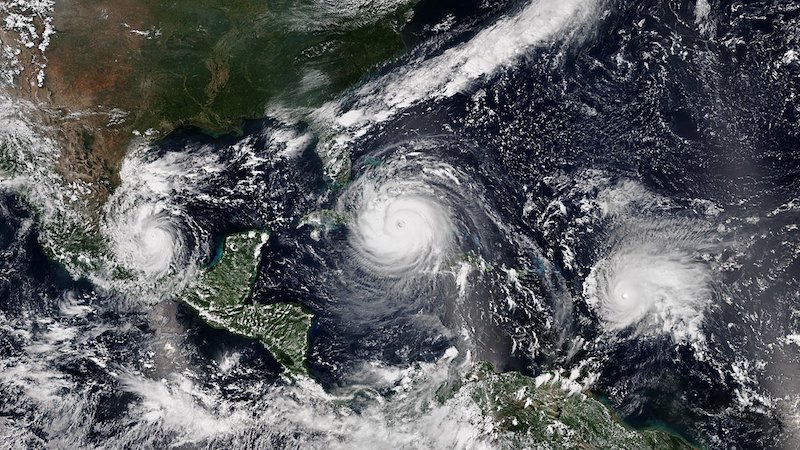 A study led by PNNL shows that hurricanes intensify more quickly now than they did 30 years ago. Hurricanes like Irma (center), and Jose (right) are examples of these types of hurricanes. Hurricane Katia is visible on the left. Credit: NOAA

May 8, 2018 (Phys.org) -- Hurricanes that intensify rapidly -- a characteristic of almost all powerful hurricanes -- do so more strongly and quickly now than they did 30 years ago, according to a study published recently in Geophysical Research Letters, a journal of the American Geophysical Union.

While many factors are at play, the chief driver is a natural phenomenon that affects the temperature of the waters in the Atlantic where hurricanes are powering up, according to scientists at the U.S. Department of Energy's Pacific Northwest National Laboratory and the National Oceanic and Atmospheric Administration.

They found that a climate cycle known as the Atlantic Multidecadal Oscillation or AMO is central to the increasing intensification of hurricanes, broadly affecting conditions like sea temperature that are known to influence hurricanes.