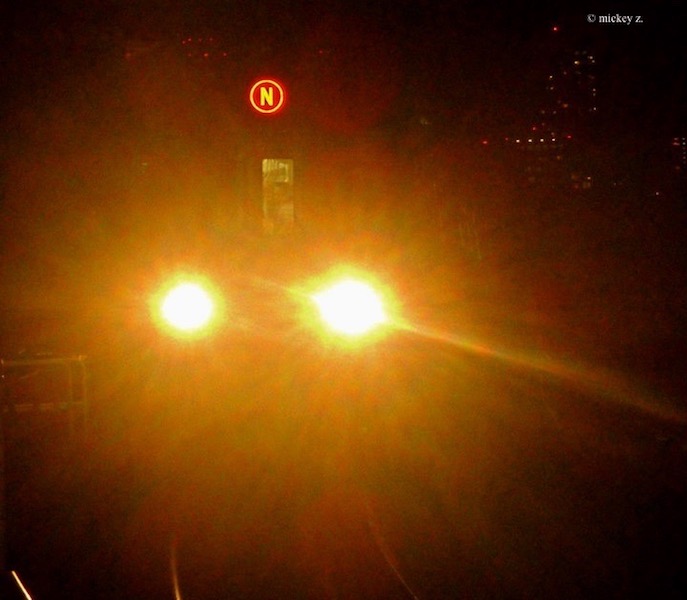 I recently went five months without getting on the NYC subway — easily the longest such gap since I began riding regularly at 14 years old. Thus, it feels appropriate to share a subway-related parable that resonates as much as ever in 2020.

I was standing on the crowded Lexington Avenue subway platform, waiting for either the N or W Train to take me off the island of Manhattan. A drone-like voice boomed over the loudspeaker:

“Ladies and Gentlemen, panhandling is against the law. Please do not give to law-breakers. Please give instead to charities that support those in need. Thank you.”

I looked around to check for reactions but I got nothing. Poker faces. One might be excused for thinking the people on the platform did not even hear the announcement (those wearing air pods surely haven’t). We were being asked — check that — we’re being told to not only view desperate humans as law-breakers but also to ignore them.

No one flinched. I guess they missed it.

Let’s rewind back to, say, the 1970s. If some sci-fi flick injected that exact pre-recorded spiel into a futuristic subway scene, we’d all have chuckled at the representation of such a callous — and highly unlikely — future. 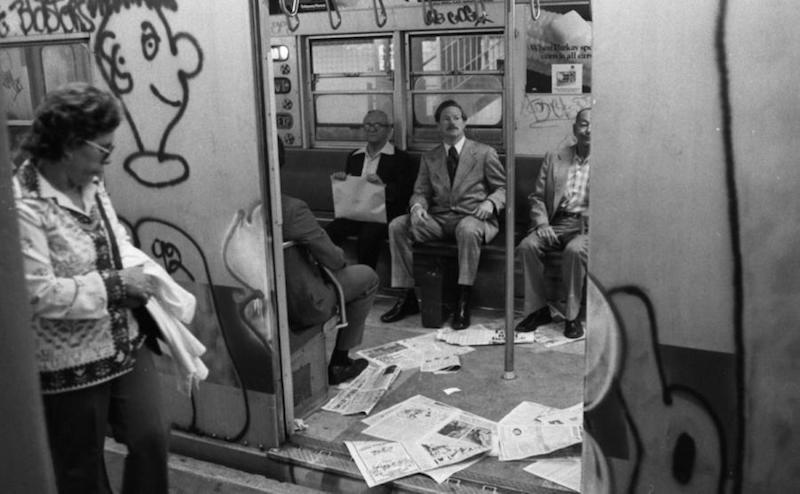 The N train arrives and we were soon in the tunnel under the East River (which is really a saltwater tidal estuary but…) on our way to Queens. That’s when we got our next lesson in freedom in the form of announcement #2:

“Passengers are advised that backpacks and other large containers are subject to random search by the police.”

Again: no response. The words “subject to random search” were just imposed upon the weary commuters in this tin can to hell but I was left to wonder if I imagined it… because the decree didn’t even warrant a raised eyebrow. I guess they missed it. 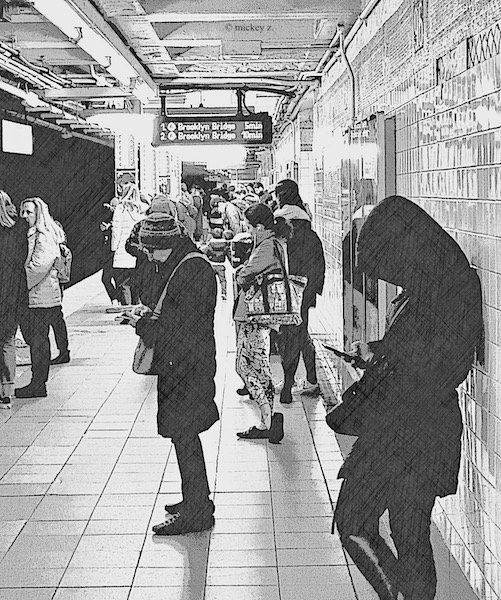 The N train ground to a halt and we were treated to announcement #3:

“Due to a sick passenger at Queensboro Plaza, we are being held momentarily. We will proceed as soon as possible. We’re sorry for the delay and we appreciate your patience.”

This broadcast, dear readers, was not missed.

Nearly everyone on the train sighed, sneered, and made graphic gestures of rage. One guy not too far away from me yelled out, “Shit!”

Extraordinary, huh? This man didn’t have a single ounce of sympathy for another human being who was sick. All that mattered was that he was being inconvenienced.

Eventually, the N Train began to move. You could see the sky as we emerged from the tunnel, so every single passenger (myself included) simultaneously checked for cellphone messages.

We wouldn’t want to miss anything, would we?

Paying Attention on the N Train by Mickey Z, is licensed under CC BY-SA 4.0