Oo-rah: War and the Free Will of Pool Balls (Fred Reed) 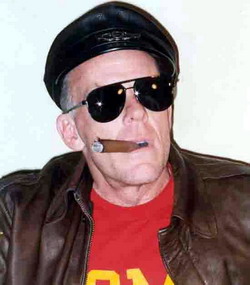 Nov. 2, 2011 (Fred On Everything) -- I read frequently among the lesserly neuronal of the supposed honor of soldiers, of the military virtues of courage, loyalty, and uprightness -- that in an age of moral decomposition only the military adhere to principles, and that our troops in places like Afghanistan nobly make sacrifices to preserve our freedoms and democracy. Is not all of this nonsnese?

Honor? A soldier is just a nationally certified hit-man, perfectly amoral. When he joins the military he agrees to kill anyone he is told to kill, regardless of whether he has previously heard of the country in which he will kill them or whether the residents pose any threat to him or his. How is this honorable? It is cause for lifelong shame.

It is curious that so many soldiers think that they are Christians. Christianity is incompatible with military service.

The explanation of course lies in the soldier's moral compartmentation. Within his own tribe or pack, these usually being denominated “countries,” he is the soul of moral propriety — doesn't knock over convenience stores, kick his dog, or beat his children; speaks courteously, observes personal hygiene, and works tirelessly for the public good in the event of natural disasters. A steely gaze with little behind it and a firm handshake amplify the appearance of probity.

In conflict with foreigners, he will burn, bomb, rape and torture indiscriminately. His is the behavior of feral dogs, which humans closely resemble.

Sacrifice? GIs do not make sacrifices. They are sacrificed, sacrificed for big egos, big contracts, for the shareholders of military industries, for pasty patriots in salons who never wore boots. They fight not for love of country but to stay alive, and from fear of the pusnishments meted out to deserters. If you doubt this, tell the men in Afghanistan that they may come home on the next plane without penalty, and see how many stay. Troops are as manipulated as roosters in a cock fight, forced to choose between combat and the pot.

Always, to understand the bloody absurdity of the military, bear in mind the primitive, overriding instinct of mankind to form packs and fight other packs. It is the only drive that can at times take precedcnce over sex.Thus we have tribes, football teams, Crips and Bloods, religious wars, rabid political parties, and patriotism, this latter being far the worst. Men in particular live primed to form martial herds and rush mindlessly upon other herds, waving slogans, arguments, 40-yard passes from scrimmage, swords, naval artillery, or white phosphorous. Dogs. Ants. Soldiers. Humanity.

Nowadays a high moral pretext for war will be contrived, embodying saccharine goodness and nauseous piety. We kill them to make them free, butcher their families because they must be democratic. The race has accumlated just enough fragile decency to want a noble pretext before burning children. Yet the pack's hostility to outsiders remains the primary drive behind wars, with reasons hung on later like Christmas ornaments.

Most profoundly, wars are not about anything. They are just wars. Aggression trumps substance. Note that in politics, the content of debate often matters less than the visceral pleasure of antipathy as, for example, when greens and capitalists exchange irrational insults like savages working themselves up for battle. The posturing is just foreplay.

Armies, and nations, have to have enemies. Since our instincts seem wired more for single combat, for bar fights more than for sprawling industrial wars, soldiers invariably seek the atavistic adrenal satisfactions of a quick and smashing victory. They are almost always wildly optimistic about the likely outcome. Thus the belief in decisivie battles, cakewalks and such, even when experience counels that there won't be one. The military wants to fall upon the bastards, any bastards, and give them what for, to settle things once and for all in brutal, exhilarating, simple combat. Agincourt, Picket's charge, Themistocles in the Saronic Gulf, that sort of thing.

If you don't think that exhilaration is a factor in military affairs, you have never watched night flight ops with a carrier battle group, Tomcats trapping ker-wham! rising howl of huge engines, 30-knot wind whipping across the flight deck, smell of burnt kerosene, the focused dance of men cooperating in something complex and dangerous in the wilds of the Pacific. It is a drug. This is much of why we have wars.

And it is why the Pentagon is repeatedly surprised when after the swoosh and scream of the jets over Kabul, or Quang Tri, or Baghdad, angry men with rifles creep from their holes and begin killing and there comes a losing uncomprehended disaster of 10 years. Practicality matters less than the spirit of the thing.

They can't learn because soldiering is directed as much at maintaining a desired mental state as at practicality. A thick layer of romance has always lain over matters martial. The rush of a low-level pop-and-drop bombing run in an F16, the legions wintering on the Rhine-Danube line, pennants, charges, the poetry and intensity of it all. “Oo-rah!” “Death from Above!” “The most dangerous thing in the world is a Marine with his rifle.” “Crush their skulls and eat their faces.” Feel-good slogans, suitable for children of eleven..

One thinks of the excitement of a high-school basketball game, bright lights, tense expectancy, cheerleaders twirling and emittting exhortations to invincibility. “Hey, hey, whaddya say, let's get that ball and go!” “Ricky, Ricky, he's our man! If he can't do it, nobody can!” Oo-rah.

Those who train and arm the soldiers are less delusional. Behind the curtains the butcher's trade is an ugly one. In my days of covering the military, I remember efforts to invent blood-red plastic shrapnel that would not show up on x-rays, to make it difficult for the enemy to save his wounded. A tac-nuke manual spoke of how to keep soldiers fighting after being lethally irradiate by a nuclear explosion. Shortly they will die, puking and stumbling, but how does one get a bit more combat out of them? This manual used the evocative phrase, “terrain alteration.”

While soldiers quickly come to hate their assigned enemies, as do fighting cocks, they also know that what they are doing will not play well back home. The entrail-dripping gut-shot, a woman keening over a mound of red mush that is no longer precisely her child -- these could interfere with the flow of contracts. Consequently militaries try furiously to suppress photographs of those they torture and mutilate, to package routine atrocities as “isolated incidents,” to keep pictures of garishly altered soldiers off the pages of newspapers. The extreme sensitivity suggests moral uneasiness, oo-rah or not. During Vietnam, the damning photos poured out. The controlled press of today poses no similar problem.

Fred, a keyboard mercenary with a disorganized past, has worked on staff for Army Times, The Washingtonian, Soldier of Fortune, Federal Computer Week, and The Washington Times. http://www.fredoneverything.net