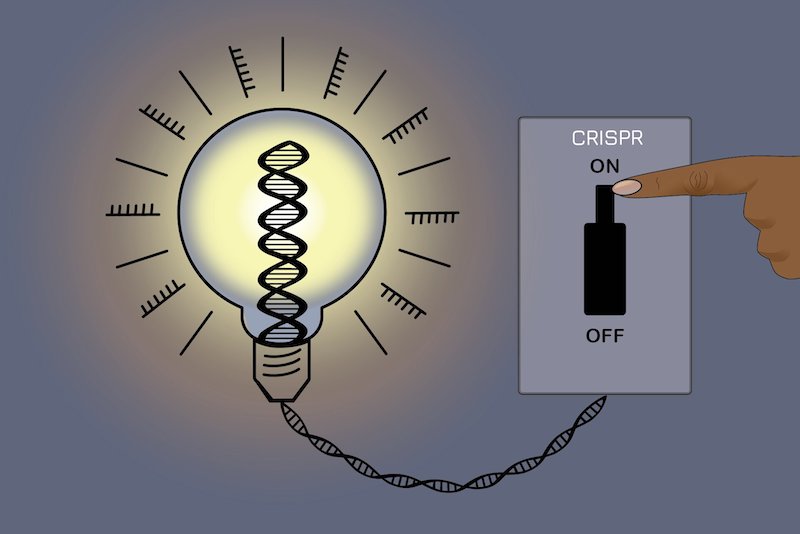 A new CRISPR method allows researchers to silence most genes in the human genome without altering the underlying DNA sequence -- and then reverse the changes. Credit: Jennifer Cook-Chrysos/Whitehead Institute

Over the past decade, the CRISPR-Cas9 gene editing system has revolutionized genetic engineering, allowing scientists to make targeted changes to organisms' DNA. While the system could potentially be useful in treating a variety of diseases, CRISPR-Cas9 editing involves cutting DNA strands, leading to permanent changes to the cell's genetic material.

"The big story here is we now have a simple tool that can silence the vast majority of genes," says Weissman, who is also a professor of biology at MIT and an investigator with the Howard Hughes Medical Institute. "We can do this for multiple genes at the same time without any DNA damage, with great deal of homogeneity, and in a way that can be reversed. It's a great tool for controlling gene expression."