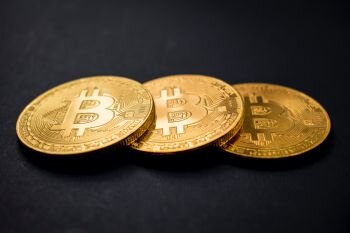 Credit: Dmitry Demidko on UnsplashMay 14, 2020 (Phys.org) -- The coronavirus pandemic has created enormous volatility in global financial markets but prices of safe-haven assets such as gold and bitcoin are not surging, as one might expect, thanks to intense and large-scale manipulation, analysis shows.

"We are witnessing financial market manipulations on a scale and frequency that have rarely been seen before," said Carol Alexander, Professor of Finance at the University of Sussex Business School. "The lack of integrity by a few powerful market players is causing a major financial market melt-down from which the current form of our global economy may never recover."

The contrast with the last major global financial catastrophe is telling. Following the Lehman Brothers collapse in September 2008, the correlations between the S&P 500 index and gold, or the Swiss Franc, or U.S. Treasuries were all around minus 40 percent. During March and April 2020 the correlation between the S&P 500 index and gold was plus 20 percent.

Even more surprising is the behavior of the bitcoin/U.S. dollar rate -- since this cryptocurrency emerged in January 2009 its behavior was completely uncorrelated with any traditional asset, but as the S&P 500 index plummeted in early March 2020, so did bitcoin. Their correlation was plus 63 percent then, and it remains unsettlingly high at 40 percent.