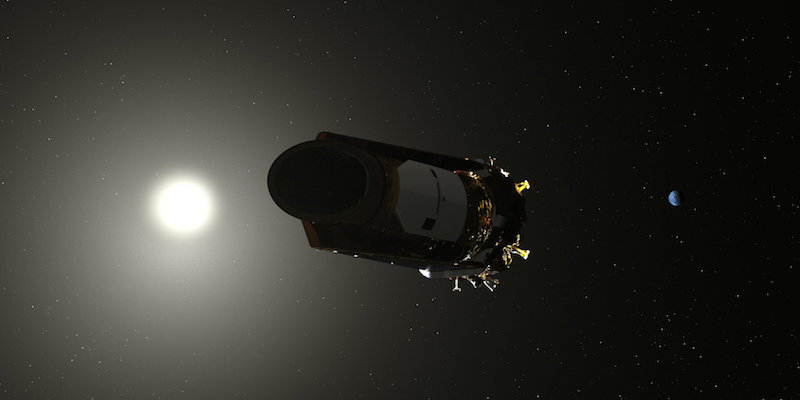 March 14, 2018 (Phys.org) -- Trailing Earth's orbit at 94 million miles away, the Kepler space telescope has survived many potential knock-outs during its nine years in flight, from mechanical failures to being blasted by cosmic rays.

In 2013, Kepler's primary mission ended when a second reaction wheel broke, rendering it unable to hold its gaze steady at the original field of view. The spacecraft was given a new lease on life by using the pressure of sunlight to maintain its pointing, like a kayak steering into the current. Reborn as "K2," this extended mission requires the spacecraft to shift its field of view to new portions of the sky roughly every three months in what we refer to as a "campaign."

Initially, the Kepler team estimated that the K2 mission could conduct 10 campaigns with the remaining fuel. It turns out they were overly conservative. The mission has already completed 16 campaigns, and this month entered its 17th.

Current estimates are that Kepler's tank will run dry within several months.