Keep Calm… And Leave The Violence To Them? | Mickey Z. 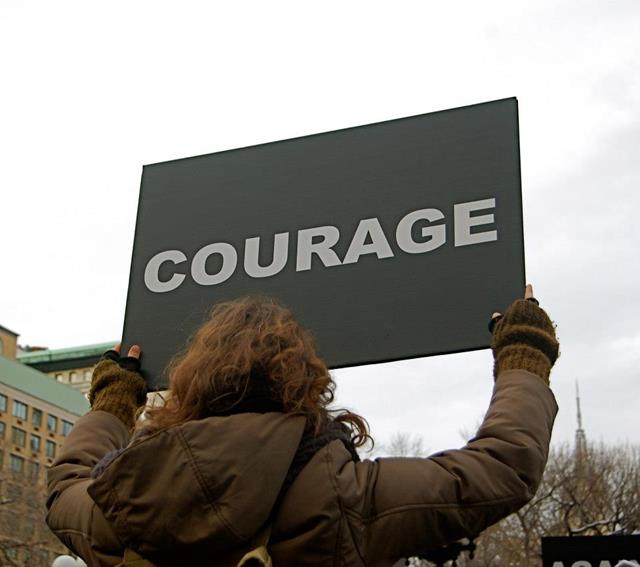 “Extreme violence has a way of preventing us from seeing the interests it serves.”

Every minute of every day, the corporate media reinforces the dominant culture agenda. For example: only some varieties of violence are worthy of public debate.

After the George Zimmerman verdict was announced, we were treated to breathless reports of "two major California cities ... assessing damage and tallying arrests from violent protests.” The loyal propaganda commissars didn't even flinch when explaining how "officials asked for peaceful behavior" while simultaneously promising a “crackdown” should the demonstrations “escalate again.”

In other words, we must adopt pacifism while they rule with an iron fist. (You know… the “master’s tools,” and all that.)

Carnage in Every Bite
From the L.A. Times, we also learned of an Oakland restaurant called Flora, which allegedly was the target of post-verdict "violence" on Monday, July 15. A quick check of Flora's dinner menu that evening showed grilled flat iron steak, buttermilk fried chicken, and "grass-fed" chuck.

In other words, we must pretend non-violence is our choice while the global animal by-products industry confines, breeds, tortures, and murders 53 billion land animals per year; consumes and destroys one-third of the planet’s land surface; and stands as the No. 1 source of human-created greenhouse gases and thus, climate change.

Roots
Oakland, the most common venue for such “violent” protests, is located in the state we call California. Humans have populated this coastal region since at least 17,000 BCE and up until the time of the first European contact, this area contained "the highest native American population density north of what is now Mexico."

Of course, in order to make way for civilized progress like the Flora Restaurant, the native population -- from coast to coast -- was “reduced” by roughly 90 percent during the 19th century.

In other words, we must remain calm while they demonize and decimate entire populations.

Violence 101
To remain “calm” is to ignore the implicit daily violence of modern human culture, e.g.:

The vast majority of "food" we eat results from unspeakable animal cruelty, environmental devastation, the use of exploited human labor, and the relentless enforcement of speciesism. This "food" contains toxins and chemicals and pesticides and GMOs that rain violence down upon ourselves and all living things and the system that controls access to such "food" perpetrates the daily -- hourly -- brutality of poverty. Every single bite you take contains the not-so-hidden ingredient of violence.

The clothes we wear and the gadgets we worship also contain myriad toxins and these ubiquitous items are usually manufactured by the equally ubiquitous sweatshop labor, prison labor, child labor, and slave labor.

The products we use to clean (sic) ourselves and our homes don't just contain toxins, they are toxins sold in toxic packaging -- and they typically involve the scientifically specious and morally indefensible practice of animal experimentation.

Every time you flick on a light switch, you can thank the mining companies literally blowing the tops off mountains to reach coal and then dumping the toxic waste into the valleys below, polluting the headwaters of rivers that provide drinking water to millions of people. (Other violent energy options: fracking, nuclear plants, tar sands, off-shore drilling, etc.)

Do you live in America and pay taxes? If so, you are not only funding all I've mentioned above but also the increasingly militarized Blue Bloc of law enforcement from sea to shining sea -- and their Prison-Industrial Complex accomplices. You help finance the criminal regimes we call "allies," all across the globe. Then, of course, 54 percent of your tax dollars are openly used to subsidize the most violent institution on the planet: the U.S. Department of Defense (sic).

In other words, those who claim to remain calm should stop flattering themselves.

Denial/Hypocrisy
The primary reason why so many of us play along (pay for food and water, pay rent, etc.) with the current arrangement and often tolerate the intolerable (toxins in our food, reduced civil liberties, etc.) is because if we didn't, we'd eventually face violence from the State (eviction, arrest, detainment, prison, etc.).

This is the unmentionable violence required to maintain the status quo.

Taking things to an even more interconnected view, simply using a computer to type this article means I've agreed on some level to the mining of coltan (a major component of computer circuitry) by child labor in the Democratic Republic of the Congo where mining profits are used to fund a ruthless and bloody civil war and the ongoing slaughter of the world's largest primate (Eastern Lowland Gorilla) to make room for coltan mines.

In other words, we must remain calm while every keystroke we make is an act of violence.

I could go on -- the examples are virtually without limit -- but it's easier to sum up for now: Industrial civilization is built on and based on and functions on overt and covert violence. Any discussion of non-violence that ignores this reality is an exercise in deep denial and/or sheer hypocrisy.

In fact, debating violence vs. non-violence within our current culture is like debating wet vs. dry as you ride the Titanic to the bottom of the ocean.

Successful activism is never either/or. When allies bicker over tactics, you can be certain vanity is ruling the day. Whether you want to sign petitions or engage in underground direct action, go right ahead -- but please understand that such diversity of tactics advances the cause.

Please also understand that deriding others for not adhering to your finely honed sense of purity (however you perceive or define it) is more about your sense of self than about creating change.

Until the pervasive presence/threat of cultural violence is diminished and ultimately eradicated, we must never stop exposing it, factoring it into our words and actions, and finding ways to sabotage it.

Process Not Purity
The revolutionary process involves the nuts and bolts of daily resistance -- hard work like reaching out to those who've been heavily conditioned by mainstream culture. This can be an agonizingly slow, inch-by-inch effort -- but it's crucial.

The revolutionary process also involves broadening our scope and making wider and wider connections -- aiming for holistic perspectives and thus, holistic justice across lines of gender, age, ethnicity, species, ability, sexual orientation, class, and more. This is abstract work but no less arduous or crucial.

As for tactics, why not let each activist decide which implement best suits her or his style? There's so much work to be done so, instead of worrying about what everyone else is or isn't doing, perform a daily ego-check and focus on the myriad tasks at hand.

It's a long and exhilarating road ahead. Let’s collectively risk imperfection and choose process over purity.