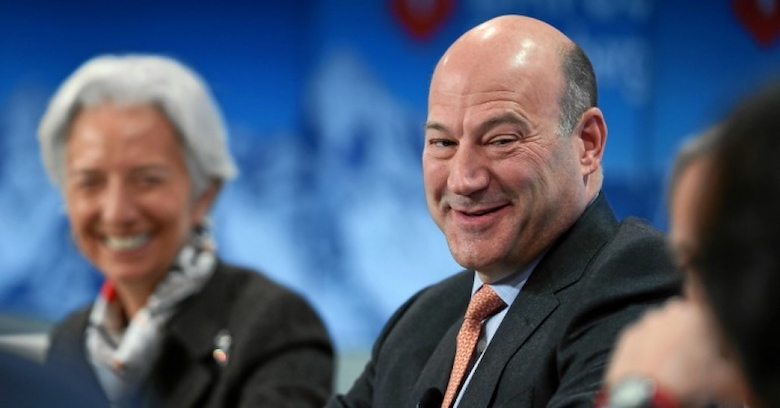 "It's called a rigged economy and this is how it works," said Bernie Sanders in response to news that Goldman president Gary Cohn could lead the NEC

Sen. Bernie Sanders, who during his presidential campaign vociferously spoke out against the dangers of allowing Wall Street executives to set economic policy, offered a swift response to the news:

It’s called a rigged economy and this is how it works. https://t.co/npoLcKQmfJ

As observers on both sides of the aisle are pointing out, Trump is elevating those at the top of the very Wall Street firm he railed against during his campaign. Cohn's appointment is yet another indication that the agenda of President Trump is a far cry from the populist rhetoric that propelled him to power.

Addressing that disparity, Trump transition adviser Anthony Scaramucci told CNN on Friday that bringing Wall Street execs on board would somehow "bring the country together."

"I think the cabal against the bankers is over," Scaramucci said. "And I think what Mr. Trump is really trying to do right now is put the country together...and you can see it in his actions in terms of his outreach to so many different people, we really want to bring the country together."

To progressive groups, however, the choice of Cohn is just the latest example of Trump betraying the populist facade he presented to voters during the campaign.

"By choosing Gary Cohn and other Goldman Sachs crony capitalists to lead our nation's economic policies," said the Progressive Change Campaign Committee in a statement, "Trump is betraying his own voters – putting the interests of the corporate establishment ahead of working families."

In addition to Goldman executives, Trump has lined his cabinet with an out-sized number of military generals and other millionaires and billionaires.  "It's the G&G cabinet," Sen. Claire McCaskill (D-Mo.) recently quipped. "It does seem to be fairly limited to Goldman Sachs and generals."

Curiously, Cohn is a registered Democrat and had donated substantial sums to Democrats in years past, including U.S. President Barack Obama and Trump's opponent Hillary Clinton, before more recently giving to GOP lawmakers.