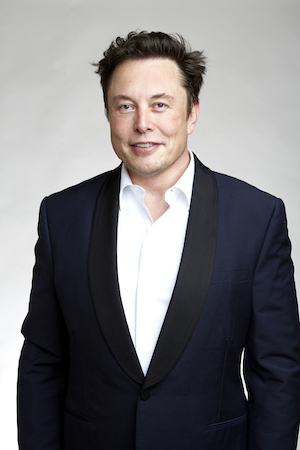 By Duncan.Hull - Own work, CC BY-SA 4.0His tweets serve as a pretty clear indication of the failures of the American system, and the sort of person he is

July 25, 2020 (Dialogue & Discourse) -- I’m a big believer in the idea that every billionaire is a policy failure, and it’s certainly safe to say that after his recent spiral on Twitter, Tesla and SpaceX founder Elon Musk has certainly not proven himself to be an exception.

He has has had a considerable amount to say about the events of the past few months, and in doing so managed to indicate a lot about himself, his worldview, and undoubtedly his politics in the process.

As ridiculous as his antics have been, whether it be threatening to move his Tesla plant after unwanted new Covid regulations or endorsing Kanye West’s bid for the Presidency, one comment in particular that Mr. Musk made stood out considerably as arguably the most revolting, transparent, and enraging statement from someone with his position that I have ever come across.

After unsurprisingly making it known that he does not support the idea of another stimulus package and that he feels it’s not in the best interest of the people, twitter user Armani responded with:

“You know what wasnt in the best interest of people? the U.S. government organizing a coup against Evo Morales in Bolivia so you could obtain the lithium there.”

Elon’s nine word reply remarkably managed to embody everything I and countless others find so fundamentally enraging about the end-stage capitalist American empire, with a simple:

“We will coup whoever we want! Deal with it.”

After reading those words, immediately what struck me was the absolute nerve. I began imaging what it must be like to have the audacity to feel not only so entitled, but arrogant, uncaring, and inarguably sociopathic in his position of privilege that he feels comfortable bragging about the ousting of a democratically elected official in another country by their military for his own enrichment as though he had done nothing more than take the last candy bar.

Even for a man like him, the boldness of those words shocked me, especially considering this wasn’t the first time Elon Musk had been attributed to the coup in Bolivia.