Earth BioGenome Project aims to sequence DNA from all complex life on Earth | Harris A. Lewin 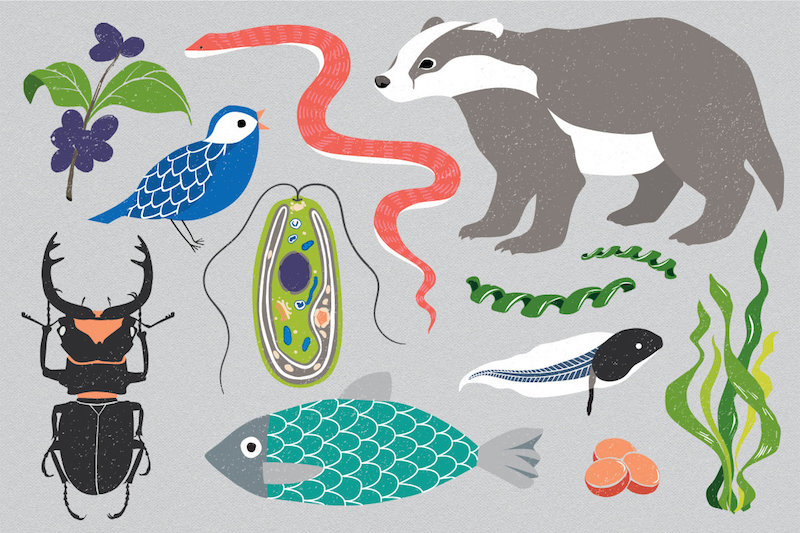 The Earth BioGenome Project aims to sequence all eukaryotic species. This superkingdom of life includes all organisms except bacteria and archaea. Credit: Mirhee Lee.

April 23, 2018 (Phys.org) -- An international consortium of scientists is proposing what is arguably the most ambitious project in the history of biology: sequencing the DNA of all known eukaryotic species on Earth.

The benefits of the monumental initiative promise to be a complete transformation of the scientific understanding of life on Earth and a vital new resource for global innovations in medicine, agriculture, conservation, technology and genomics.

The central goal of the Earth BioGenome Project is to understand the evolution and organization of life on our planet by sequencing and functionally annotating the genomes of 1.5 million known species of eukaryotes, a massive group that includes plants, animals, fungi and other organisms whose cells have a nucleus that houses their chromosomal DNA. To date, the genomes of less than 0.2 percent of eukaryotic species have been sequenced.

The project also seeks to reveal some of the estimated 10 to 15 million unknown species of eukaryotes, most of which are single-cell organisms, insects and small animals in the oceans. The genomic data will be a freely available resource for scientific discovery and the resulting benefits shared with countries and indigenous communities where biodiversity is sourced. Researchers estimate the proposed initiative will take ten years and cost approximately $4.7 billion.