All Aboard the P (for Patriarchy) Train | Mickey Z. 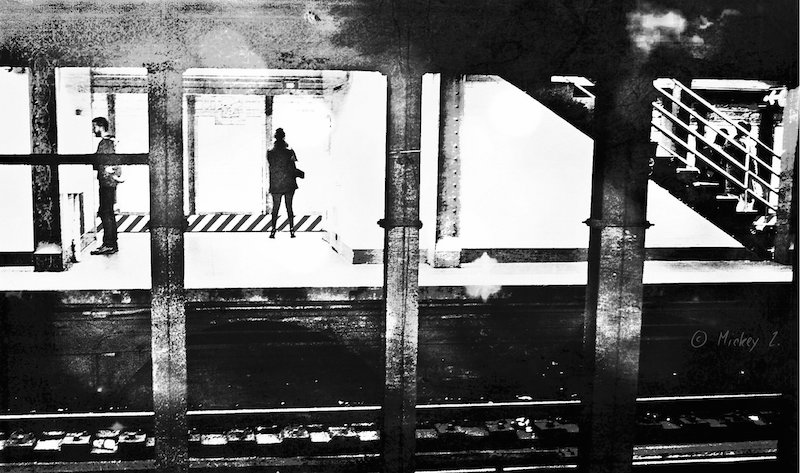 MTA New York City Transit recently teamed with those progressive folks at the NYPD to produce “ad cards” entitled “Sexual Harassment is a Crime in the Subway, too.”

The advice (sic) they offer falls into three categories:

In case you're wondering, this category is no where to be found: MEN: DON'T SEXUALLY HARASS IN THE SUBWAY OR WHEN WALKING OR ANYWHERE. EVER.

Non-existent MTA suggestion: "MEN: If you're thinking about touching someone, don't do it. EVER. Always keep your hands, your body, your comments, and your gaze to yourself."

“We realized we could do more with the tools at our disposal to beef up our efforts to educate our customers that no matter what service they rely on, they have a right not to be harassed while on our system. As an informational campaign, we wanted to go right to the heart of an issue that is of great concern to our riders. We want them to know that they have options in case they encounter this type of behavior.”

This rationale is no where to be found in Fleuranges' mansplanation: "We want the MEN who who sexually harass to know they will be held accountable for their crimes and while we’re at it, we want to smash the fuckin’ patriarchy."

Endnote: According to a 2007 survey, roughly two-thirds of respondents, mostly women, experienced sexual harassment on the NYC subway but 96 percent did not report it to the MTA or the NYPD. Neither did 86% of those who were sexually assaulted.

If you've been sexually harassed on the NYC subway, you can report it here and/or share your story here.

If you’re a man who rides the NYC subway, you can help in two ways:

Mickey Z. is the author of 12 books, most recently Occupy this Book: Mickey Z. on Activism. Until the laws are changed or the power runs out, he can be found on the Web here and here. Anyone wishing to support his activist efforts can do so by making a donation here.

"All Aboard the P (for Patriarchy) Train" by Mickey Z. is licensed under a Creative Commons Attribution-ShareAlike 4.0 International License.
Based on a work at http://worldnewstrust.com/all-aboard-the-p-for-patriarchy-train-mickey-z